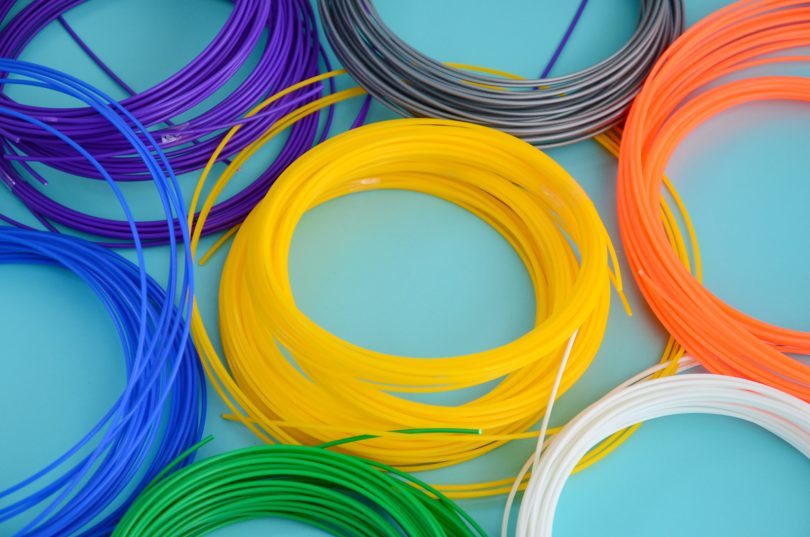 Three young people in Orkney were in action early to 3D-print face shields. Francis (aged 11), Fred (10) and Fergus (aged 5) in Stenness found a design online and managed to get it adapted for their printer, and they have been delivering visors to the islands’ hospital, The Balfour.

Other local 3D printer owners are in action as well, among them Paul Tyer of Peedie Models in Tankerness, who has launched a crowdfunding page which is receiving strong support, as he told The Orcadian.

The 3D printing community in Orkney has been mobilised into making faceguards,” he says. “People from all walks of life are coming together in an effort to provide personal protective equipment to key workers in Orkney.”

A big 3D-printing of visors is also under way in Moray. It’s being coordinated by Moray’s makerspace, The T-Exchange. Chairwoman Claire Griffiths says that there are now up to 18 3D printers in action for the work. Each printer produces a specially shaped headband, into which an acetate sheet is fitted. The printing process, with the headband being built up layer by layer, took at first up to four hours but has been steadily reduced with experience to just under an hour in some cases, and the demand, she says, is continuing.

We’ve now delivered over 1,580 face shields to 79 different locations – to hospitals, medical centres, care homes, very sheltered facilities, childcare hubs, home care sevices, pharmacies – wherever there’s a need. The demand keeps coming, with just this week an order for 200 visors on Friday and another for 200 visors on Saturday. Lifescan in Inverness have made 2,400 single-use visors for us to distribute and we’re getting strong support coming from across the community and from our crowdfunding page.”

A report in the Northern Scot describes how the project developed.

The T-Exchange was established to provide a full-time makerspace for Moray where new technologies with community development potential like 3D printing can be shared for education and business.

Another familiar annual visitor to the islands is Eric Walker from Conon Bridge, known for his talks and workshops in astronomy, and also a very active member of the 3D printing community. Working with the group 3D Print for COVID-19 Highland, he has been making visors on his own printer and also delivering for the group to more than 400 face shields to care homes, home carers, and pharmacies throughout Ross-shire. He says that the group have produced and delivered over 2,000 visors across the area.

We have teams of car and van drivers and motorcycle dispatchers on hand who are generously donating their time and fuel to get these shields out to the distant parts of our massive Highlands region.”

Meanwhile hundreds of volunteers across the north have joined the Scrubs initiative to stitch protective clothing or hospital staff. The scrubs – so-called from their use by surgeons who would don them when sterilising themselves or “scrubbing in” – have to be simple, easy to launder, and cheap to replace. The pandemic means that staff have to change them more often due to infection control.

It started with Shetland Scrubs and has now spread across the whole of the north, from Orkney and the Highlands to Aberdeen, with around 400 volunteers in groups. Patterns are provided which are cut out and stitched, using cotton or poly-cotton, washable at 90°C for infection control. Reports in the Press & Journal and the Northern Scot describe the scale of the work in Moray, with donations of duvet covers and sheets and a network of volunteer drives transporting scrubs and material. Nearly 600 sets of scrubs have now reached Dr Gray’s Hospital in Elgin.

Looking across the whole area of the north and north-east, the scale of voluntary work and the level of coordination really stands out, with whole of people working together to provide equipment, and the total quantities adding up substantially. We’ll be glad to feature more groups and activities as we hear about them.