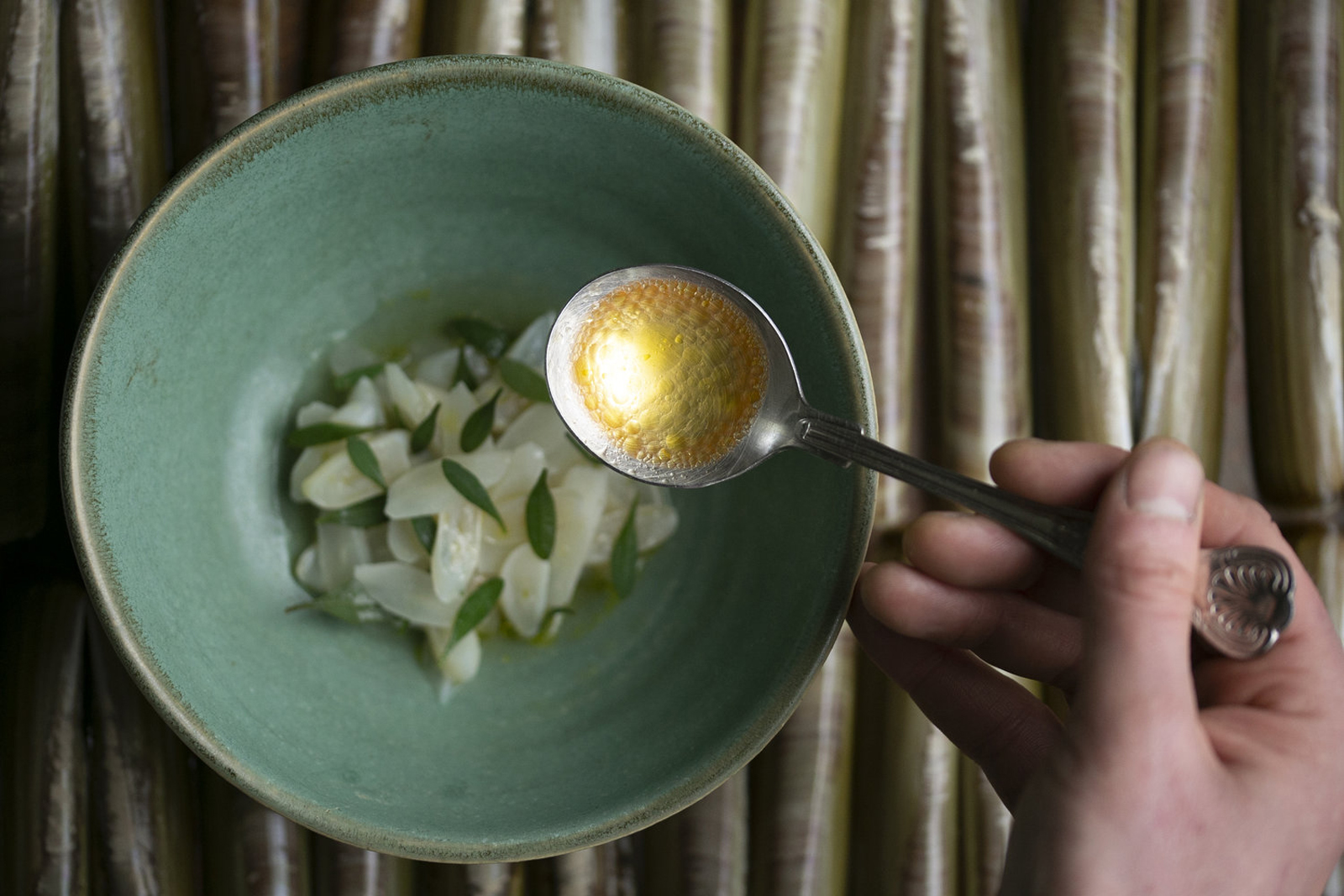 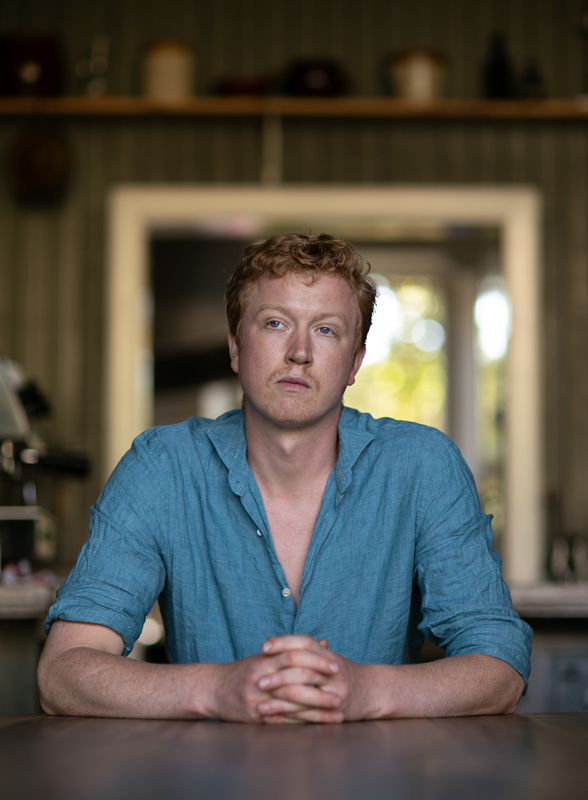 Ben Reade’s ideology is driven by his belief in economically sound practices which support the food systems of indigenous people and promote biodiversity. The Edinburgh Food Studio, which he and his business partner set up in 2015, is a classic example of this ideology in action.

The business was never intended to be just a restaurant, although that is an equally important aspect of its operation. Its wider remit is to get people thinking intelligently and creatively about the food they consume. The aim is to preserve our food diversity and help to create a future which is both ecologically sustainable and also delicious and nutritious and will keep us well.

To illustrate, Ben cites the example of Golden Rice in India, a genetically modified crop introduced to combat vitamin A deficiency and childhood blindness, brought about by genetically modified crops in the first place, through the excessive use of pesticides to kill the surrounding weeds. For the local people the weeds had traditionally been an integral part of their diet, and it was only when they were no longer available to consume that the vitamin deficiency began to cause problems.

This battleground of ideologies exists even at UN level, where he was invited to take part in discussion about edible insects, biodiversity and wild food. There were some who wanted to promote the mass production of insects for animal and human consumption, whereas Ben’s interest lies in the food stuff of traditional peoples and their knowledge of the biodiversity around them.

These are stark examples of why it is important and relevant to us to look into and be aware of the wild nature around us. I grew up kicking limpets off rocks to eat them, collecting elderflowers for champagne and working alongside my mother in the allotment growing our own vegetables. My whole identity was tied up with these things, but it took a much more academic jump when I went to the University of Gastronomic Sciences in Italy.”

When he arrived at the university, the home of the Slow Food movement, he was, he says, a traditionally-minded chef, interested and truffles and red wine, thinking foie gras was the be all and end all, but he found himself blown away by the work of two professors in particular – his chemistry professor, who taught about the biochemistry of flavour and why our bodies are drawn to some things and repulsed by others, and an ethnobotanist professor who helped explain the economic interaction between humans and plants, and how we evolve with the plants that surround us. 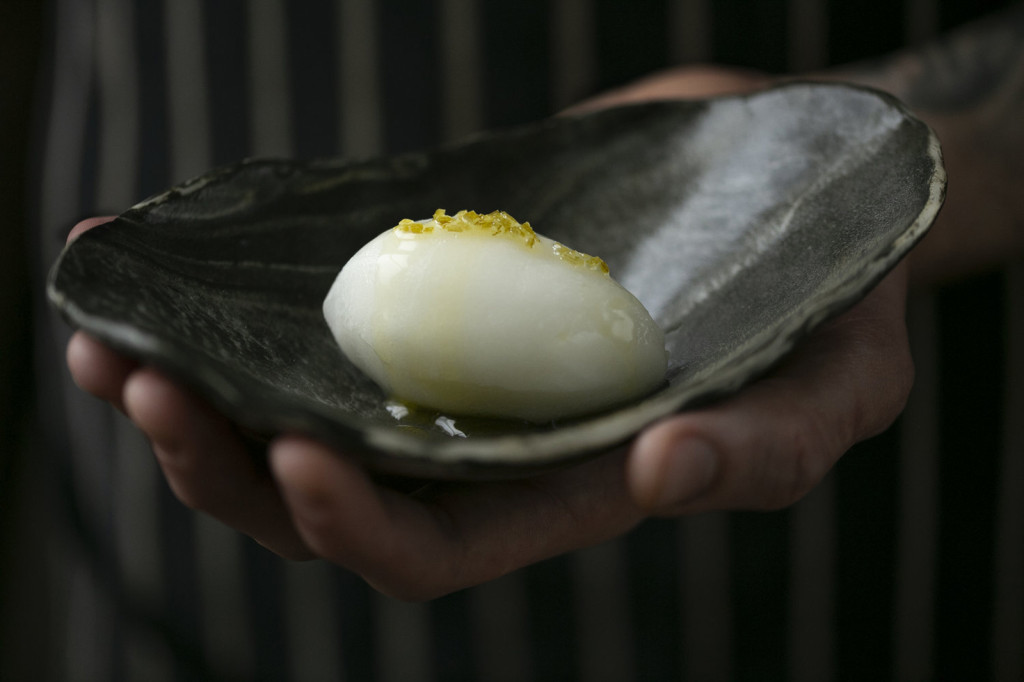 He also developed a keen interest in microbiology, fermentation and wild plants, which led him to the Nordic Food Lab (the non-profit wing of the Noma restaurant in Copenhagen) to write his thesis entitled “Traditional biotechnology and flavour exploration in the new Nordic cuisine”.

I was really keen to get in there because they were really looking at the use of microbes, the use of techniques to create desirable results – for example food fermentation—and I became interested in the interaction between humans and plants, and humans and microbes. It also had political or ideological implications, but what really drove me was the quest for flavour, particularly developing new flavours and techniques. I was super lucky to be there at the time when so much exploration was going on…..the drive…..the buzz, it was definitely the right place at the right time.”

It also provided the ideal opportunity to put into use the research methods he had learned at university and to begin to look more scientifically at different areas of food production and preparation. His team interviewed chefs, asking them what they were doing and why they were doing it and looked at the wider interaction of chefs with farming, nature, plants and microbes.

His interest in fermentation techniques took him to places such as Korea, Vietnam and Japan where food fermentation is a particularly important aspect of life, and where he looked at areas such as the origin of soy sauce and fish sauce and whether these came about by design or accident.

I really think it is an interesting thing to recognise that a lot of the most important discoveries have come about by accident. Early man may have had less scientific knowledge but he had more intuitive knowledge.”

Now with the Edinburgh Food Studio, Ben plans to drawn on the knowledge and experience he has gained over the years from those who have inspired him, to research Scottish gastronomy and share that knowledge with others to take Scottish food further forward. 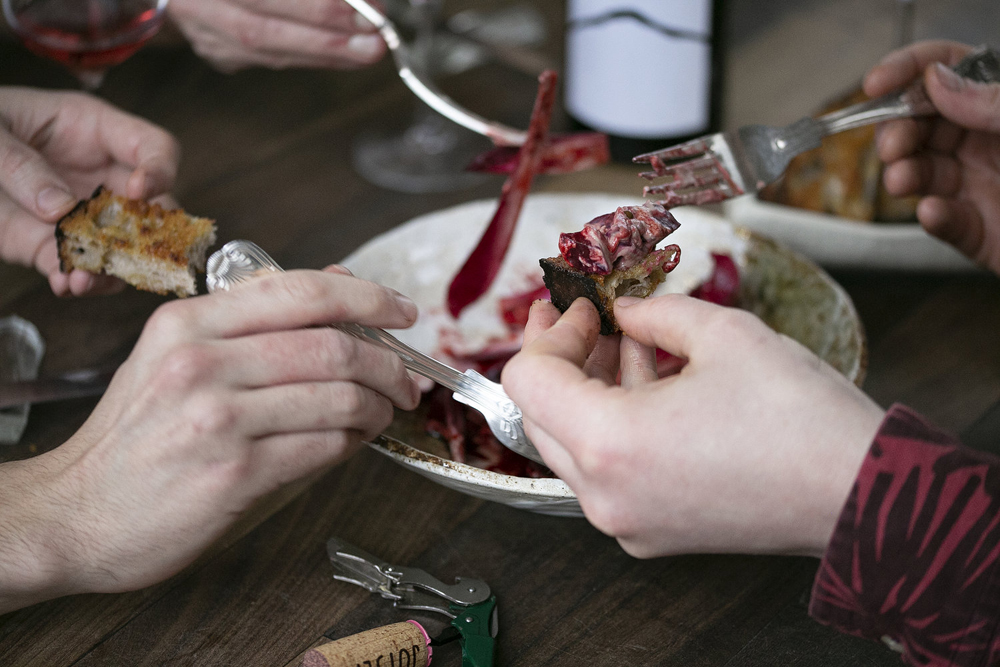 Part of the way the studio does that, is by hosting university interns and encouraging them to explore aspects of Scottish gastronomy. Several studies have been carried out and are available to read on the Edinburgh Food Studio website, including one on different muttons.

This particular piece of research was carried out with the aim of finding ways of helping farmers get a better price for rare and heritage breed mutton on the open market, and part of it involved the blind tasting of mutton from all the breeds in Scotland that could be tracked down. A comprehensive taste chart was prepared with the intention of creating a broader vocabulary of flavour descriptors that could help farmers in marketing their mutton – a bit like wine. So, for example, the vocabulary used to describe the flavour and aroma of North Ronaldsay mutton are sweet, grass, nutty (walnut, popcorn), and the texture – moist, juicy and buttery.

The importance of sheep to the Scottish textile industry wasn’t overlooked either and a skein of natural yarn was obtained from each breed and combined to knit a wall hanging which is now displayed in the restaurant.

Another piece of research looked at traditional and innovative fermented beverages and uncovered an anomaly – bee wine from the Outer Hebrides. It is described as having similarities to a ginger beer with its jelly-like starter culture, but the initial starter was found at the mouth of rivers. Other than that there is a lack of information about this particular drink.

At home and abroad

The Edinburgh Food Studio has also focused on top chefs, whom they have invited from all around the world to cook in Edinburgh. Ben makes no apology for this because, he says, it has enabled many people to sample a world-class level of cuisine which previously had never been available at affordable prices in Scotland.

Some of those top names have included Esben Holmboe Bang, Head Chef at Maaemo, Oslo; Ana Ros, Head Chef at Hiša Franko in Kobarid, Slovenia; and Doug McMaster who is innovating the world of zero-waste restaurants.

We have been unbelievably lucky to be supported by such a wide network of incredibly talented people, and that has helped us discover our vision of what it is to make a Scottish dish.

“To me the whole idea of a particular national dish is repulsive. Cuisines are a massive blend and collage of all the people who make up the society. Wild foods can really tell the story of where they are from, but there is still the problem of immigration. Who’s to say at what point something has become naturalised enough to be considered from here or part of the gastronomy. To me, all gastronomies are built on multi-national foundations.”

Currently in Scotland, he says, there is a growing youthful, disruptive and independent approach aimed at increasing our understanding of our modern larder and culinary history, and redefining our position on the global menu.