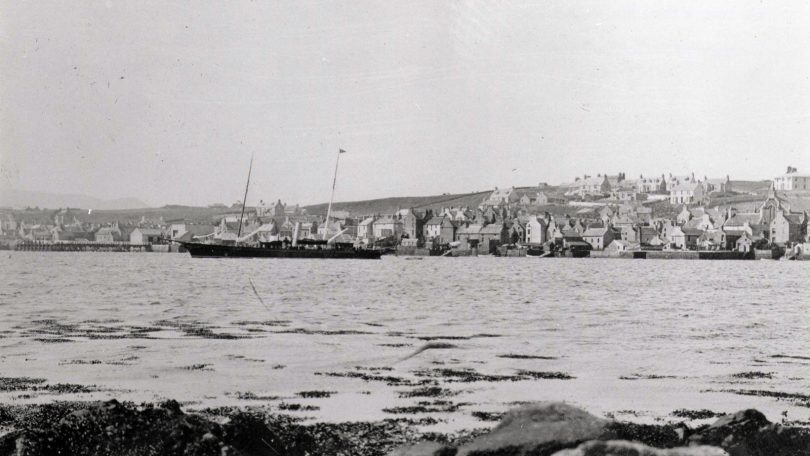 Peggie Gibson was well known in the Orkney community though, of course, I would never have addressed her as Peggie. 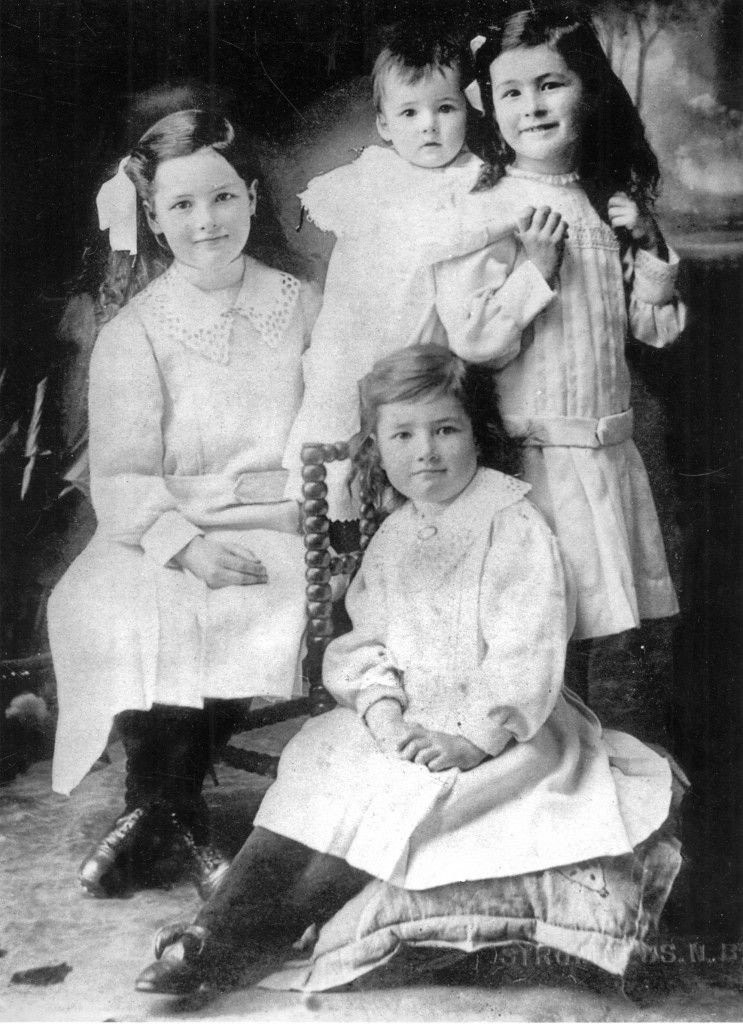 She was born and brought up in Stromness as number three in a family of seven daughters all very clever and self-assured.

My grandad, William Matheson, had a formidable task. My grandmother had become very deaf through early measles with the result that all of the daughters tended to speak at the pitch of their voice and could carry on two or three conversations at once.

On the main street in Stromness people always knew by the noise if the Mathesons were home at Three Manse Lane!

She went to school at Stromness Academy where her aunty, Miss Matheson, was the Head of the Infant School.

While in the Primary School she and four of her sisters were on the Kestrel’s visit to the German Fleet interned in Scapa Flow and had the adventure of witnessing the sinking of the fleet about which she passed on some of the best accounts during passing years. The most standout event of the day was their anxiety about her sister Lillian losing her hat into the sea.

At Stromness Academy if clever you could progress through the school very quickly and the Headmaster, Colonel Hepburn, encouraged senior pupils with potential to do some student teaching – this ensuring future teachers.

Of the seven Matheson sisters, five became teachers. My granddad who was a saddler had got enough to send Tina to college who then on qualifying put back the money for the second sister and so on. By the time of the youngest who were twins, Ethel and Jean, eldest sister Anna financed one of them. Even as quite mature old women the older aunties would bring up that the twins never had to pay it back! 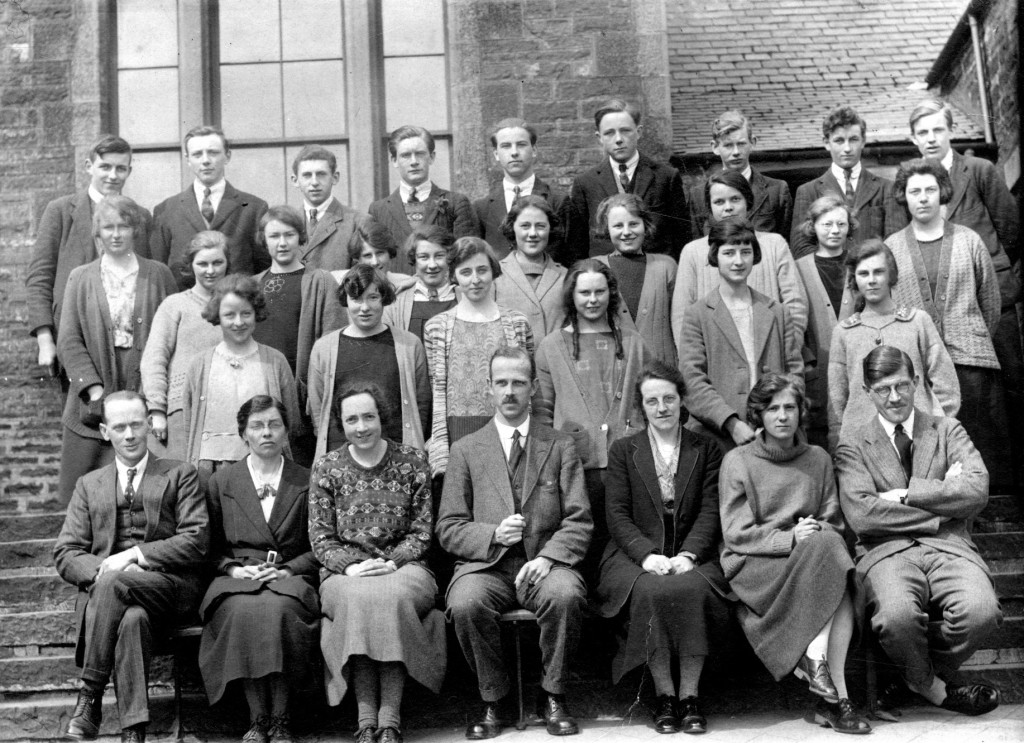 My mother excelled at college and enjoyed the work and social life, but as a bad sailor the dreaded ship journey to and from Aberdeen seemed as long as the term there. She had great pride in that when she came home at reunion parties she and Bunt Knight who was home from the sea could do the Charleston which was new to Stromness.

Her first teaching post on returning to Orkney was to North Faray. This entailed a steamer journey to Eday and overnight stay in digs there, a journey by horse and trap to the more northerly shore, then a boat journey by yole to Faray where they climbed the banks in a chain.

The school was in the centre of the island which included her living accommodation in one end and the classroom at the other. There were seven farms and crofts where the men also went to the creels.

Once established, she used to make a point of visiting each farm almost once a week so go to know the people. She found most of the pupils seemed undernourished as the tradition was to feed the man and the children got what was left. She often cooked and baked for midday snacks for the pupils. She also had to provide a Sunday service at the school as there was no minister leading preaching and singing.

She was just over 19 or 20 at that time, and as she was very lonely at first her mother went over to visit for a time.

On her journey over from Eday my granny asked the boatman: “What do you do in Faray if anybody’s ill?” “Nobody’s ever ill,” he replied. “Well what if somebody dies?” “Nobody ever dies” – then he amended it by remembering when he was young, the last funeral and as the pallbearers had to carry the coffin shoulder-high the length of the island, they had the odd stop for home brew. He concluded most of the pallbearers had been in the grave before they got the coffin in!

She had met my father at the Stromness Market on one of his days off from Kirkwall so their courtship had always been at slightly long distance and was partly by letter.

In Faray most evenings she would walk around half the island, but always at random twice one way or once the other. During her walk she never saw anyone, but whichever way she went as she passed any sandy geo below the cliffs written in the sand was “Edgar Gibson”. She wondered if they steamed open her letters.

My father was in the Kirkwall City Pipe Band and whenever they went to play in Westray he got the whole band on deck and played as they passed Faray.

After her stint in Faray she was then posted to Kirkwall Grammar School where she taught the qualifying class of ’43, including a number who never progressed to Higher Grade, so that she might have a big brother and peedie sister in the same class.

At this time my father was a cabinetmaker and had his workshop at the head of the Strynd and he would have the occasional visit from boys at school at playtime or dinner time.

One pretty tough young chap wasa telling him about their new teacher Miss Matheson. My father asked: “What do you think of her/” “She’s the best lukkan teacher in the school and her clip is like a piece o’ cloot!”

When they married in 1933 they flew off on their honeymoon with Fresson, when they sat on the floor of the plane as there were no seats.

So, as was the practice at the time, she was sacked for getting married. This was in Dr Marwick’s time as Director of Education. However when World War II came in 1939, my father was called up before war was declared, being in the TA.

She was on her own with two young children. I was four and Rosemary two. She had no word and no pay for over two months so it took all her ingenuity and family contacts to keep us fed.

Then with many male teachers being called up, women teachers were then contacted to come back into teaching.

She taught then through the war and continued beyond.

At this period she shared an emergency building in the playground with Mr Taylor who had been a classmate in Stromness.

They were a formidable pair with two qualifying classes at the time. They sent many a school inspector heading for the hills. 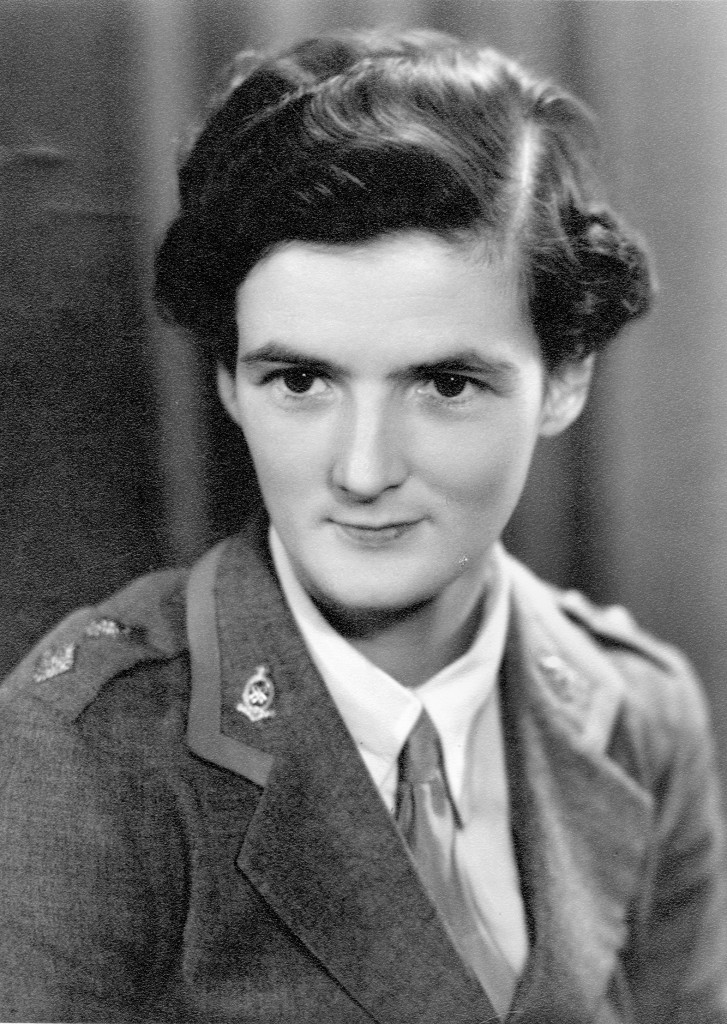 Over the years she was a leading light in the Townswomen’s Guild, St Magnus Kirk Guild and WVS, and later in her retirement she was in the Over 50s Club, when over 80. She attended the Salvation Army Lunch Club and many Royal British Legion older members’ events, and was encouraged by all who attended to do the spontaneous vote of thanks.

I now give you my vote of thanks for bearing with my story and ask you to toast a formidable lady who ensured every pupil left her class able to count their money and write a letter home and made sure the Orkney community knew she was around!

Gary Gibson is an Orkney artist who in his teaching career taught in smaller island schools and then Kirkwall Grammar School. He is a former colonel in the TA and Vice Lord-Lieutenant of Orkney, and is Chairman of the Italian Chapel Preservation Committee. He is a veteran Ba’ player and Ba’ maker.