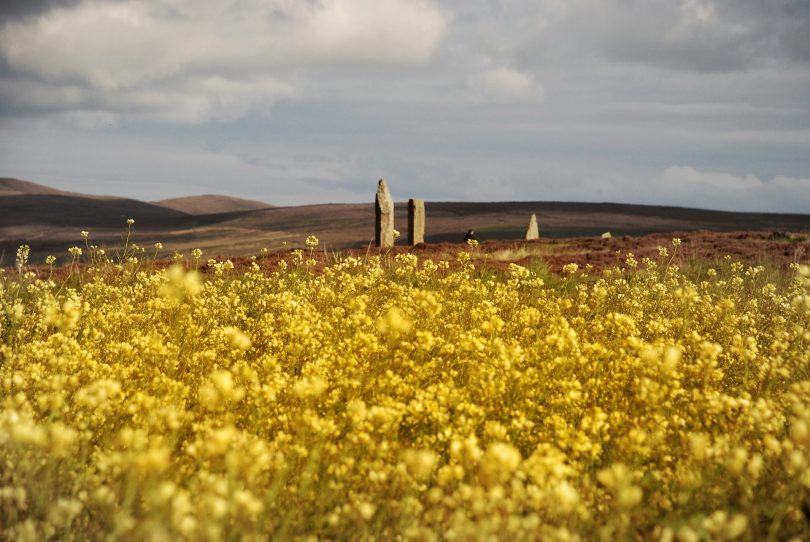 I’m angered at this, but also pleased enough that some folk are still wearing masks!

Fine sheep in among the stones ….

The dig at the Ness of Brodgar has recommenced but only on week days, so as it was Sunday we just leant wistfully on the gate and … looked ….

Then along by the Harray Loch to the birdy walk, and round the Ring of Brodgar where we were talking with one of the HES Rangers, talking of the stone with a possible cup mark as mentioned here … and of how Prof. Colin Richards noticed that the stones of Brodgar had come from different quarries around Orkney. Elaine told us that the particular stone we were discussing had come from a quarry near Houton.

That way the groups of people would not only be represented by the stones from their part of Orkney and the part of the ditch which they carved out – they would also be physically connected with and ‘drawn to’ the Ring. The circle of the Ring – sending out ‘spokes’ to the communities and their quarries. I’m not sure if I’ve explained that very well – but I hope I got the idea across. Maybe someone has studied this and written about it but as a non-academic I’m not aware of it. I like the idea of all that energy and endeavour focused on the Ring, from the communities and their quarries.