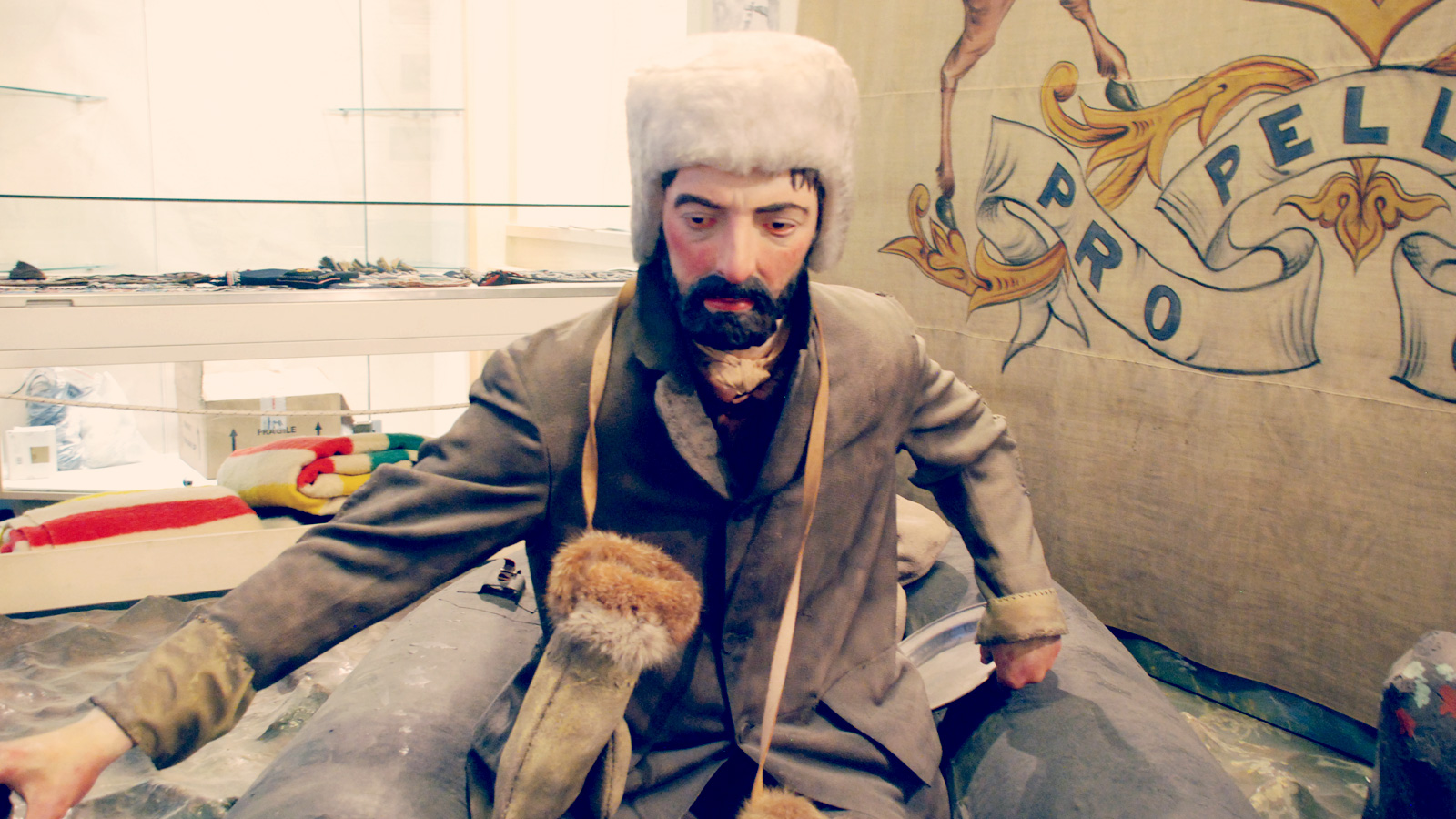 Stromness, from where the ships of the Hudson’s Bay Company used to carry supplies and men to the ‘Nor Wast’, is the focus for an exhibition and conference.

The exhibition is being developed by Stromness Museum in partnership with the National Museums of Scotland and will continue through much of the year. It will feature items from John Rae’s own collection of material from northwest Canada – from Inuit, Cree and northwest coast communities – and examine his close relationship with the indigenous people.

Stromness Museum’s existing displays of material including Rae’s inflatable Halkett boat and a powder horn from the Franklin expedition which he acquired from the Inuit. Rae’s portrait can also be seen in the museum, amongst its wealth of maritime exhibits which paint a vivid picture of the days of sail and Arctic trade.

Stromness Museum is also organising an international conference on Rae and Hudson’s Bay for 28-30 September, with details coming soon on the John Rae 200 website.

The opening of the Rae exhibition on 30 March will signal the start of a year of events to highlight the explorer’s life and achievements. Orkney Book Festival in April will feature Canadian author Struan Sinclair amongst its speakers.

John Rae liked music and dancing, and on 12 May will come a musical evening in the Cromarty Hall in St Margaret’s Hope. Then towards the end of the month Orkney Folk Festival will feature a special concert celebrating Rae’s life, and a talk by the ethnomusicologist Dr Frances Wilkins on Rae’s musical legacy in the James Bay area of Canada. A film was made in 1980 on the fiddlers of James Bay and the Orkney music that they continue to palay, and a short clip from it can be found on the Scottish Screen Archive website. A more recent video from James Bay can be found on YouTube.

A large-scale community play on the theme of Rae will be one of the highlights of the St Magnus International Festival in late June. There will also be a screening of the film ‘Passage’ and Canadian performers.

Events in Stromness Shopping Week in late July will include a display by Stromness Flower Club on the theme of ‘The Nor Waast’.

On 1 August an exhibition opens in Orkney Library on Rae and Hudson’s Bay, continuing till the end of October.

The street of Stromness is full of history and stories – George Mackay Brown spoke of it unwinding like an old ballad – and in the first two weeks of September the windows of many of the houses will feature works by visual artists. The Open Windows exhibition will take its name from a phrase from John Rae himself – ‘No Ordinary Journey’ – and the route lies between the Pier Head and Stromness Museum.

The Open Windows exhibition will continue into the period of Orkney International Science Festival, which runs from 5-11 September, and also during the Festival will come the exhibition at the Jane Glue Gallery in Finstown of paintings of John Rae’s favourite places, by Jane Glue and Sheena Fraser McGoogan.

The Science Festival will have various talks on Arctic exploration. Historian Dr Maria Pia Casarini will speak on John Rae’s achievements in putting in the final link to the Northwest Passage. Dr Richard Bates will describe his work in Greenland, where he has been recording what is happening to some of the largest and fastest-melting glaciers when they reach the sea. ‘The Changing Arctic’ will be the theme for Prof. Peter Wadhams, who has himself over the years led over 40 polar field expeditions.

Also during the Science Festival, the West Side Cinema in Stromness will show the film ‘Chasing Ice’ – ‘the story of one man’s mission to change the tide of history by gathering undeniable evidence of our changing planet’.

The story of John Rae’s reception by the British public after he returned with new of the fate of the Franklin expedition has been developed into a one-man show by the renowned storyteller and musician Bob Pegg. The show uses stories and popular Victorian music to follow the events of Lady Franklin’s campaign against Rae, and the battle of words launched by Charles Dickens. Taking place in the Stromness Town Hall on 26 October, it will be part of this year’s Orkney Storytelling Festival, which will also feature storytellers from Scotland and Canada.

The year of events also include guided walks through May to September, exploring the Orkney landscape Rae knew and loved and the George Mackay Brown Fellowship’s short story writing competition, where the theme this year will be John Rae and/or Arctic Exploration.

A leaflet will full details of the year’s events is to be issued at the end of March.

Dr Sarah Jane Gibbon is the John Rae 200 Conference co-ordinator. Formerly an archive assistant in the Orkney Library and Archive and a lecturer in Culture Studies and Archaeology at Orkney College UHI, Sarah Jane now combines historical and archaeological research with looking after her two children.