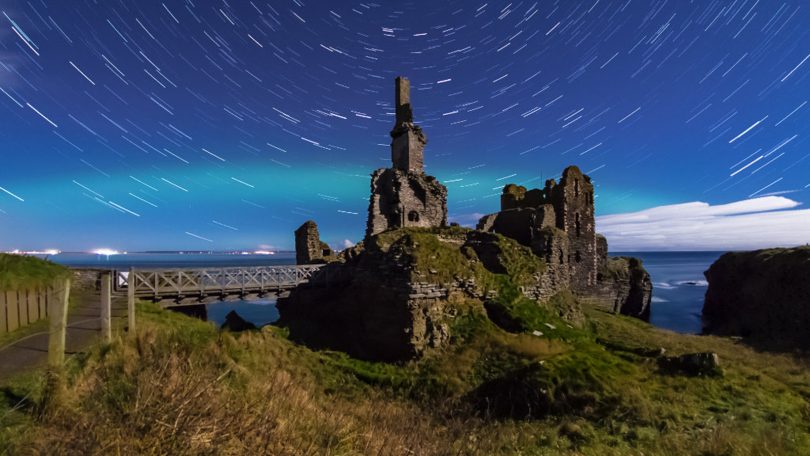 Maciej Winiarczyk had two pictures in the top six of the Stargazing Oxford competition run by Oxford University’s Physics Department.

Maciej, who owns a small 5-inch telescope, is a member of Caithness Astronomy Group and also of Wick Camera Club. He also has a keen interest in video astronomy, uses time-lapse sequences to show has images of the stars and the aurora in Caithness Nightscapes, the planet Jupiter and its moon Io, and also the storm in Wick Bay on 15 December 2012 when huge waves battered the harbour defences of the port.

He is by profession a structural engineer with over 16 years of experience in the building industry as a structural designer, building site engineer and site manager in the UK and in Poland.

He runs his own company Timber-TEC, designing and erecting new buildings and renovating older ones. His work with historical buildings started directly after his graduation from university in Poznan and he also studied historic building renovation at the Academy of Fine Arts in Cracow.

He came to the UK in 2004 to work in building management and design, and in 2007 joined a Caithness-based practice specialising in civil and structural engineering. He carried out work for clients including Rolls Royce and Dounreay Site restoration before moving on to set up his own business.