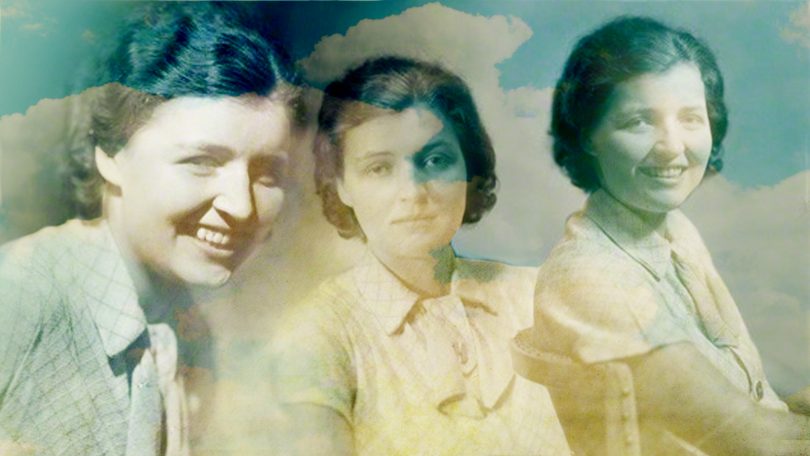 When I told Howie that we were intending to come to Orkney for a week at the beginning of September and that we would be there for the science festival this year, he asked me if I would do a toast for my mother Ann Scott Moncrieff, who was Agnes Shearer from Kirkwall.

Last year there had been readings from my mother’s books and tributes to her, which unfortunately I was unable to attend.

Anyway after Howie’s request, I thought yes, I will do that and it should be pretty easy, as of course I never knew my mother as she died when I was only one year old.

But of course I did know my mother, or at least I thought I knew her after a fashion … but of course all that I knew of my mother was hearsay. That is not to say that it was necessarily wholly untrue by any means, but it was not from personal knowledge of her.

Then I thought: this is not what this toast is all about. If people here want to hear me for a few minutes they do not want to hear me read out obituaries or words that others have written. They want to hear my thoughts about my mother and what kind of person I have come to understand her to be.

So putting all the information together that I have been made aware of one way and another, I have come to the conclusion that her very strongest attributes were courage and determination. She was a courageous person in so many ways throughout her short life.

When I farmed in Rousay for 4½ years in the 1970s Hannah Rendall or Johnston, who had been a lifelong friend and often constant companion of my mother when they were teenagers, used to tell me how she was pretty well game for any adventure. Including swimming in the sea in any month of the year and in any weather. Going out in peedie boats to fish when the chance arose and playing plenty hockey!

To me her courage is certainly displayed in the picture of her standing next to Fresson’s plane before being the first Orcadian passenger to fly to Wick.

She has this look of apprehension, and how could you blame her when you look at the plane! Nowadays it is hard to imagine being in any kind of flying machine that is not at least dry, warm, maybe a bit cramped, but now one mostly has at least the impression of being safe!

But one look at Fresson’s plane and you know you are taking a big risk with your life.

But in my mother’s look of apprehension even fear, there is a determination that in spite of everything she is going to do it come what may.

On her return and in her article for The Orcadian she expresses her initial fright very well and you can feel for her as she was told by the editor that she was the chosen one.   Even although by then the flight was over. And what a feeling of elation and wonder is expressed in her article!

Howie even said to me yesterday that he thought that it might have been that her article in The Orcadian was responsible for encouraging an otherwise previous disinterested Orkney public to change their views and embrace the idea of flying.

Leaving Orkney and going to London with the intention of becoming a writer in the 1930s must have taken courage. After all it was in the middle of the depression in the 30s, and being a female in that vocation was even more difficult then compared with now.

There she met my father who had also come down from Scotland to London to further a writing career.

There were many writers and aspiring writers from Scotland at that time in London including Edwin Muir, Lewis Grassick Gibbon, Hugh MacDiarmid, to name a few.

When she and my father decided to get married, my father was a struggling writer with little income as well. So getting married must have required courage as well as love!

They both managed with difficulty to make a living and eventually moved back up to Scotland. They settled just outside Edinburgh where they continued to write and augment their joint income by helping out on a farm as rent for a house to live in, with eggs and potatoes to help with food on the table.

From 1935 my mother and father were always busy making a living by writing. My mother wrote and had published two children’s novels, a collection of short stories for children as well as short stories for adults, some published in magazines and journals at the time. She also did scripts and adaptations for radio.

Things must have got even busier for both when the family expanded. My sister was born in 1937 and because of the war breaking out they all moved to live near my father’s sister and husband who farmed near Kingussie. My brother was born in 1940 followed by my birth in 1942.

This must have been the most difficult time of all as the war was having a heavy toll on everyone in this country at that time. My father lost 2 brothers during that period and my mother’s health was deteriorating and sadly she died in March 1943.

I recently went back to read the three books that were published in that period, namely The White Drake and Other Tales, Aboard the Bulger, and Auntie Robbo, and the thing that strikes me the most is that in spite of the passage of time they are as relevant today as when they were written.

She writes with such perception and understanding of both children and older people as well. And her novels are just fun!

I will end with a quote that Edwin Muir said about my mother.

She had a mind of great power and originality which was never put off by the intellectual craze of the hour, and she never took up a fashionable idea … if she had lived she would have been one of our best writers.”

Please be upstanding to drink a toast to my mother who sadly I never knew, Ann Scott-Moncrieff.