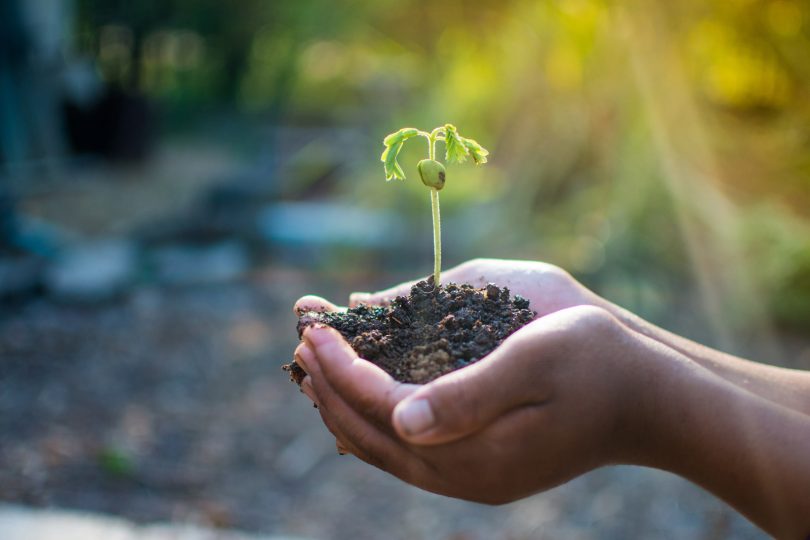 How communities can act was set out by Dr Bobby Macaulay of Perth College UHI. He’s carried out research into what’s happening at community level around the Highlands and Islands, and he described a range of initiatives, from planting woodland to developing renewable energy. His presentation, Communities for Climate, was the 2021 Grimond Lecture, with Magnus Grimond setting the scene.

Practical action on soil improvement was the theme of Rebuilding the Soil by Prof. Karen Johnson of Durham University. She described how intensive cultivation can deplete the amount of carbon in the soil, with an accompany loss of fertility. But application of inorganic material can improve soil quality, the material coming from places where it appears as waste, for instance the filters of public water supplies. Replenishment of inorganic material enables the soil to take in more carbon, to the benefit of farmers and gardeners, as well as for the overall environment.

A very clear introduction to climate change and the evidence for it was given by Prof. Peter Wadhams of Cambridge University. His aim was to highlight the need for big international measures to draw carbon dioxide out of the atmosphere, and in the later part of his talk his talk Curbing the Ice Melt by Mining the Sky he went on to give some examples of technology that should be considered. In the time available he concentrated mainly on setting the scene thoroughly, so that the talk makes a very good foundation.

In the wider field of renewable energy and practical moves to net-zero in Orkney, we had several talks about current development, and also a film on the life and work of some of the people involved in developing the world’s largest today turbine in Orkney, Orbital Marine Power’s O2. The film, Turning the Tide, is a good introduction to life and leisure in Orkney as well as to the design and operation of the O2.

There was news of the new development of Kirkwall airport as a testbed for sustainable aviation, with initiatives including electric and hydrogen-powered aircraft, and also pilotless aircraft for smaller freight deliveries to the islands. Progress in hydrogen for ferries was also brought in for the presentation Flights and Ferries to the Future.

There was further coverage of the Kirkwall airport developments in an event in the Aviation Festival, for which the Science Festival provided hosting: Flying Sustainably.

And a new area of much potential locally and nationally was opened up by Neil Kermode of the European Marine Energy Centre EMEC with Dr Gareth Davies of the consultancy Aquatera. They looked at the plans taking shape for a massive development of offshore wind on blocks of sea readily accessible from Orkney ports and harbours. The Wind on the Sea and the Energy Future showed the opportunities and highlighted the skills and resources available in Orkney to take them up.

These videos are all freely available on the Science Festival’s YouTube channel.