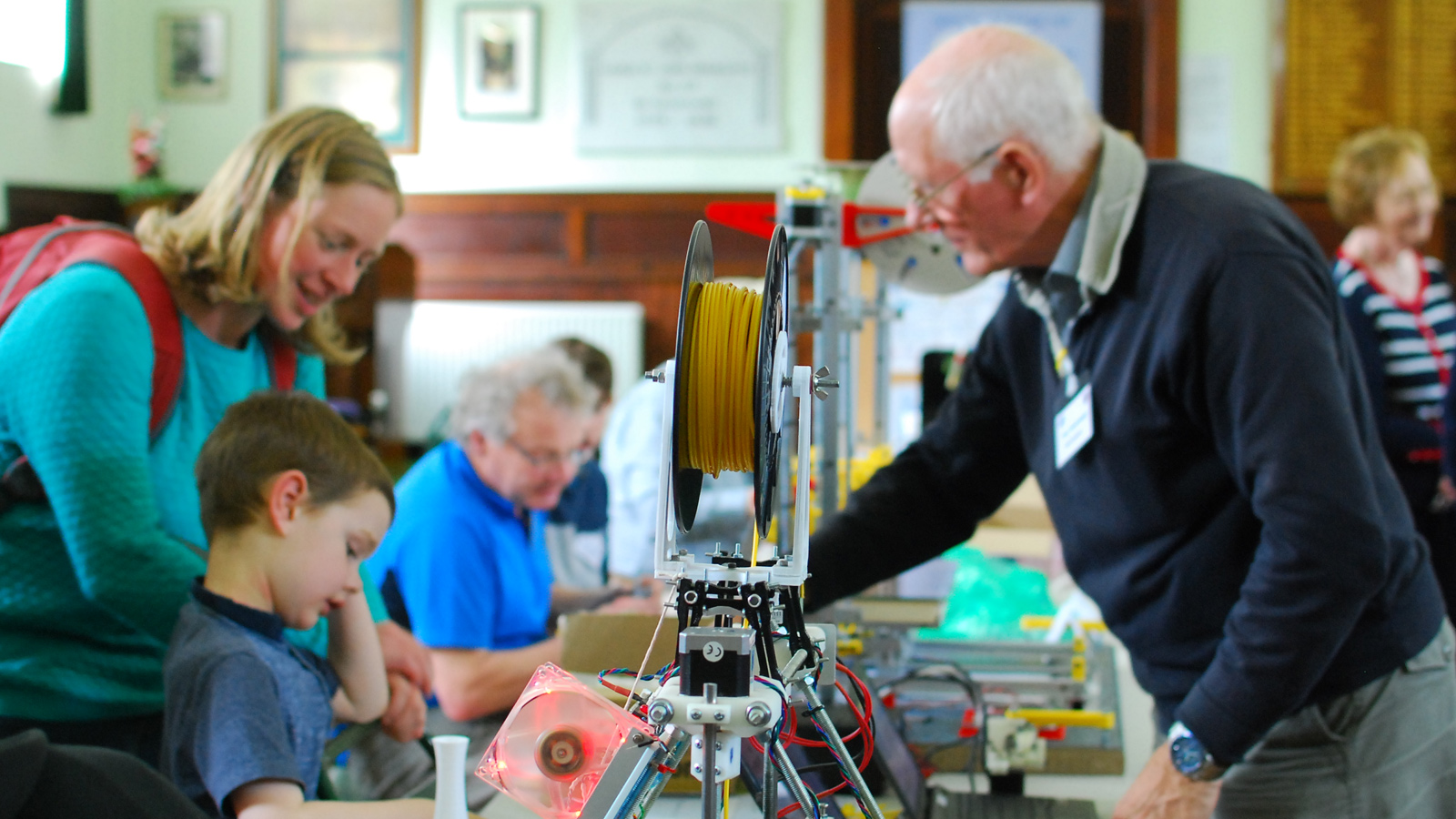 It’s being run by the T-Exchange, the Moray-based ‘makerspace’ set up to promote the uptake of new small-scale technology with particular potential for communities.

There’s a lot in the news about the advance of artificial intelligence and robotics and the threat to jobs,” says T-Exchange chair Bill Graham, “but there’s a huge challenge for us all in dismantling and recycling, which opens the way for new jobs and new opportunities.

Bill will be bringing along the remotely-controlled Mars rover which he made out of scrap parts. Its chassis was made from metal strips from an old greenhouse and its wheels from old model aircraft, and he added in a video camera which can adjust its position to send images of its whereabouts to a Mission Control screen.

Another of the day’s activities will be 3D printing, with guidance on how to design an object for printing and then watching it slowly build up out of a spray of plastic. Some of the plastic used will be recycled from waste, with an opportunity to try out some first steps in the process.

Also in action will be an automatic face counter and an organic orchestra which includes a banana piano.

The aim of the day is to highlight some of the opportunities for people and communities, and also to show the range of facilities in Findhorn Village Centre, which has been the venue for the T-Exchange’s monthly meetings since its inception seven years ago.

Members often come from quite a distance,” says Bill. “As well from across Moray, they sometimes come from further afield, from the Highland area or from the south, as the opportunity to come together with people of different backgrounds and skills can open up a lot of possibilities.

The Family Activities Day on Saturday 10 March has the theme of ‘Creativity – The Art of Engineering’ with images from Leonardo da Vinci, and the organisers say that everyone will be welcome. It opens at 10 am and runs to 4 pm, and admission is by donation. There are details online on the T-Exchange website.