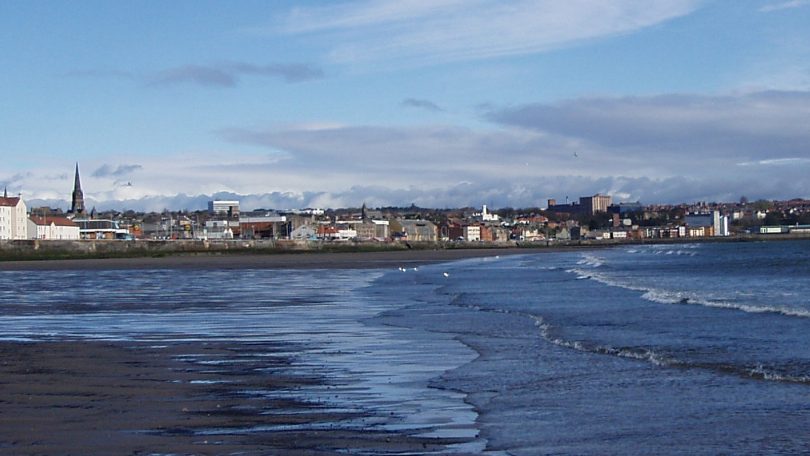 But the start was in fact in the oil industry, and software design. It came about from the need to develop a system for recording pressure tests during the manufacture of subsea equipment. That led to the founding of the company RelChron in 2006.

Richard Winton, one of the founders, is still a bit amazed by the company’s success.

I am extremely proud of how it has gone,” he says, “but we were really just three guys who started a company with nothing. We had no funding and we really didn’t know what we were doing. To go from that to where we are now is something I am very proud of.”

Prior to this, Richard had been working in the semiconductor industry for 22 years. Co-founder Roy Fisher (Senior) had taught programming principles and worked as a consultant for many industrial companies, including IBM. The third co-founder, Roy Fisher (Junior), had a background in mathematics, physics and mechatronics.

The software system they developed for the oil industry manages the data from pressure tests. It logs, records and reports the results in a highly compact and efficient way, removing the need to use a chart recorder to keep track of the information.

All the data from the tests is stored and archived, so that everything can be accessed at the touch of a button. The system can function as a small mobile briefcase unit or scaled up to fit large corporate infrastructure.

A further plus is that if the network goes down on the shop floor while testing is under way, the system will continue to log tests. RelChron’s aim was to develop something reliable and foolproof. In the years since its inception, the system has carried out over 75,000 tests.

The company continues to modify and improve the system through conversation and surveys with their customers. This includes a remote login to live pressure tests which cancels the risk of physical injury.

This is very important,” says Richard, because all equipment is pressure-tested to 2,000 times atmospheric pressure.

“The main objective is to make the end user’s job easier and safer by eliminating time-consuming operations and ultimately making the customer more profitable.”

But it is not just the oil industry that stands to benefit from RelChron’s pressure testing system. It can also be used to datalog waterpipes in the street, for example, and it could also be useful in the renewable energy sector.

Right now we are looking for a new route of development for this product. There are still a lot of people out there who do not know about us and eventually we would like to make our software the global standard, but like everything in the oil industry that could take some time.”

The success of the system led to the new business of selling electronics components online.

”We decided to sell on eBay to recoup some of the money we had spent. The items sold so fast we realised that there was a real nee din the UK to buy electronics at good prices. We maxed out our credit cards and bought up lots of parts we thought there would be a need for in the UK and Proto-PIC.co.uk was born.

Some of the most popular items include the Arduino range of microcontrollers. There are also special educational packs for schools, and schools and universities throughout Britain (including Oxford and Cambridge) are customers of Proto-PIC.

The company’s ambition to share this enthusiasm with young people has also led to school visits where they have a purpose-built complete railway train set for demonstrations, using a servo motor to control the points.

While the initial success of the website may be in part due to the fact that before Proto-PIC there was no easy way for hobbyists and electronics enthusiasts to buy what they wanted, it’s clear that the professionalism, advice and encouragement they give to their customers, before, during and after sales, has further added to their popularity.

Richard tells the story of an 11-year-old boy who bought an LED cube kit with a microcontroller chip, but after assembly couldn’t get it to work. He was told to send it back right away and it wasn’t long before it was performing amazing light shows. However, when they discovered the boy’s age, they decided to encourage his interest in electronics with the gift of a starter pack containing £250 worth of equipment.

But, Richard emphasises, it is not only young people who are interested in electronics. There is another group, the 65-plus, who are also enthusiastic. They have come out of industry and are looking for something to do. They remember the electronics of the 1960s but they have little knowledge of microprocessors.

Richard, Roy and Ewan offer them tutoring, technical support and advice for no charge and the response has been overwhelming.

I think our success with Proto-PIC lies in the fact we have made it possible for people to get the products they need easily and at a reasonable price. We are also easy for customers to contact and we offer pre and after sales support and advice even if the product was not bought from us. We are also the only business in the industry that offers student discount.”