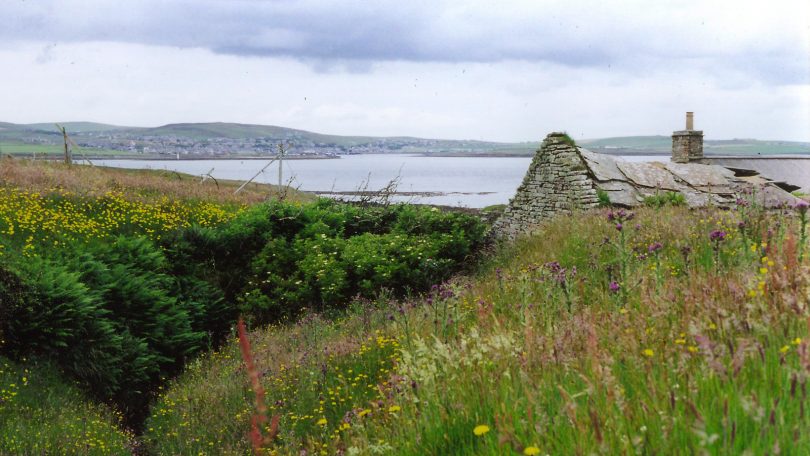 Many years ago, for a child in Stromness the lighthouses of Graemsay were ‘Granny’s candles’. The island seemed a world away. Then one fine morning Uncle James collected us from the pier and soon we were weaving across the swirling tide to the noust of Quoys. At Garson, under the noon-day sun, cats dozed by the great honeysuckle and Aunt Cathy presided over the sacrificial fowl, stewing deliciously for Sunday dinner.

Beyond Windywaas, between the Kame and the Black Craig lay the broad expanse of Hoymouth, next stop Labrador. Uncle Georgie has an old white horse and a new grey tractor, a sow in the sty and ducks by the well. Aunt Hughina laid a lavish table. On the way to the boat, we felt the first spots of rain. 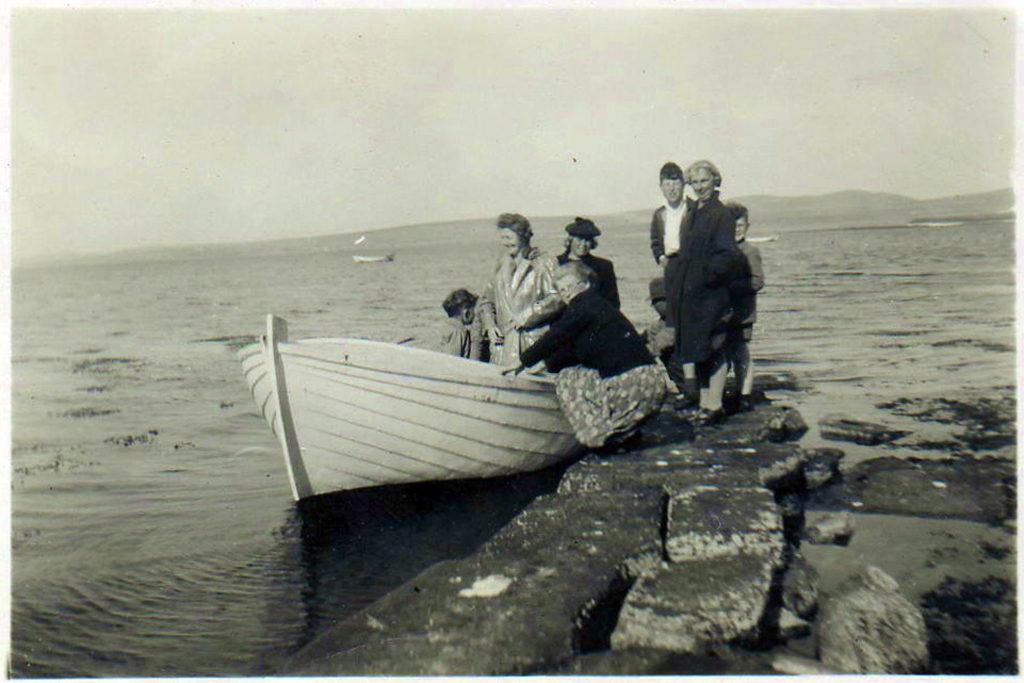 Homeward bound, the author (left) with his mother boarding Seagull at Quoys Noust

Nestling under the hills of Hoy and breasting strong tidal currents, Graemsay is one of Orkney’s smallest inhabited islands. From the ‘Hoy High’ lighthouse Jane Franklin scanned the horizon in vain for her husband’s lost ships. Of the sea around ‘Hoy Low’ Robert Louis Stevenson observed: ‘The water is a sort of dark purple with here and there a streak of emerald marking the position of some sandy shoal.’

Graemsay produced skilled boatmen. The island sent seamen all over the world, many shipmasters among them. They endured the hazards of the Arctic and the rigours of Hudson Bay, typhoons in the China Sea and torpedoes in the Atlantic. At home stalwart wives kept a fire on the hearth and raised families, crops and cattle. 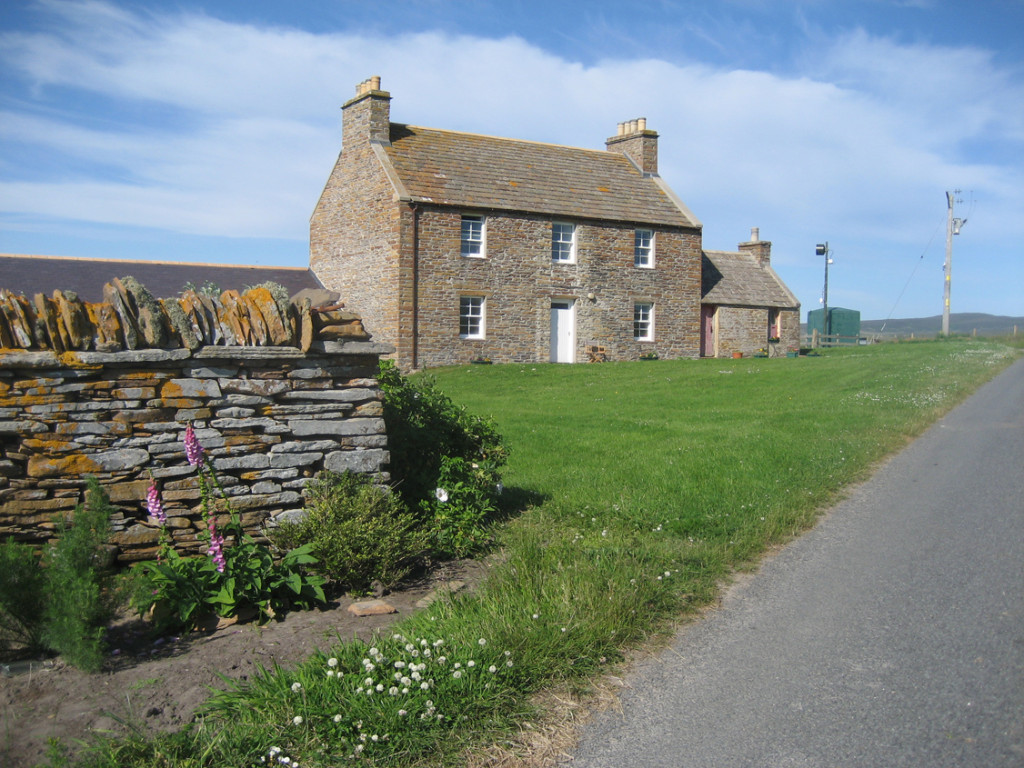 Sandside House. Traces of the porch and stairway can still be seen (Bryce Wilson)

At the centre of a National Scenic Area, Graemsay’s six miles of coastline afford magnificent views of Hoy and the West Mainland. The lighthouses and lightkeepers’ dwellings are splendid examples of Victorian engineering and architecture, while around the shore lie the deserted nousts where in centuries past the islanders stowed their boats. 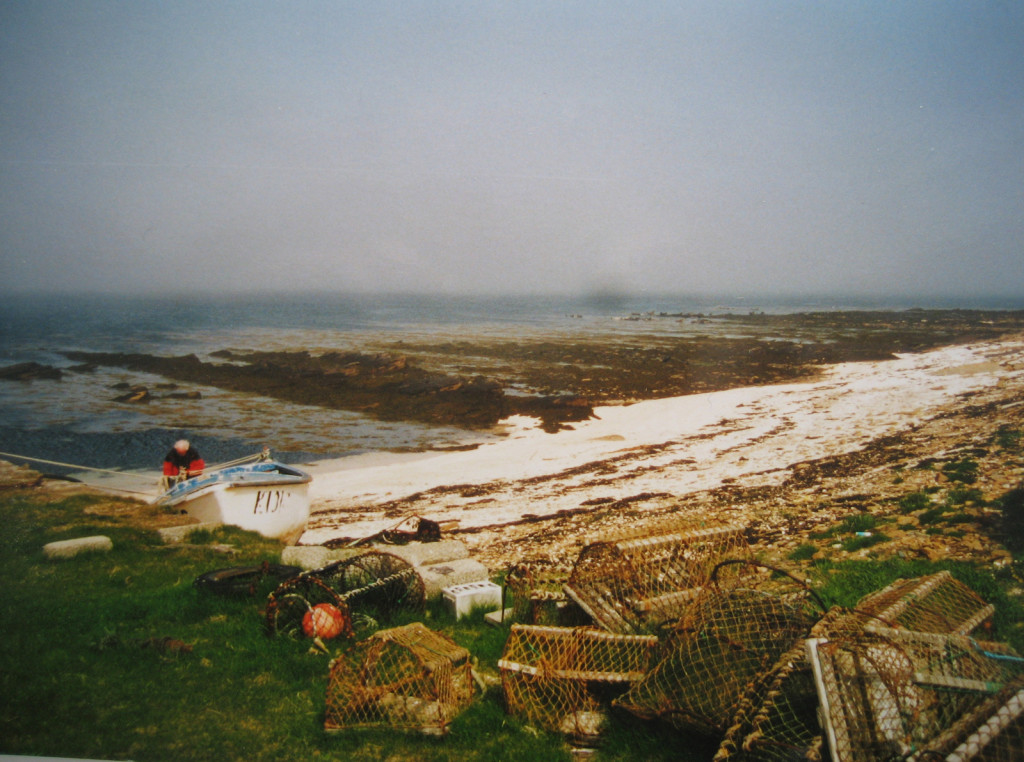 Today’s small population mixes old blood with new. Summer visitors who stray from the beaten path enjoy the island’s peaceful and secluded charms; among them, seeking their roots, the descendants of islanders who long ago settled in distant lands. 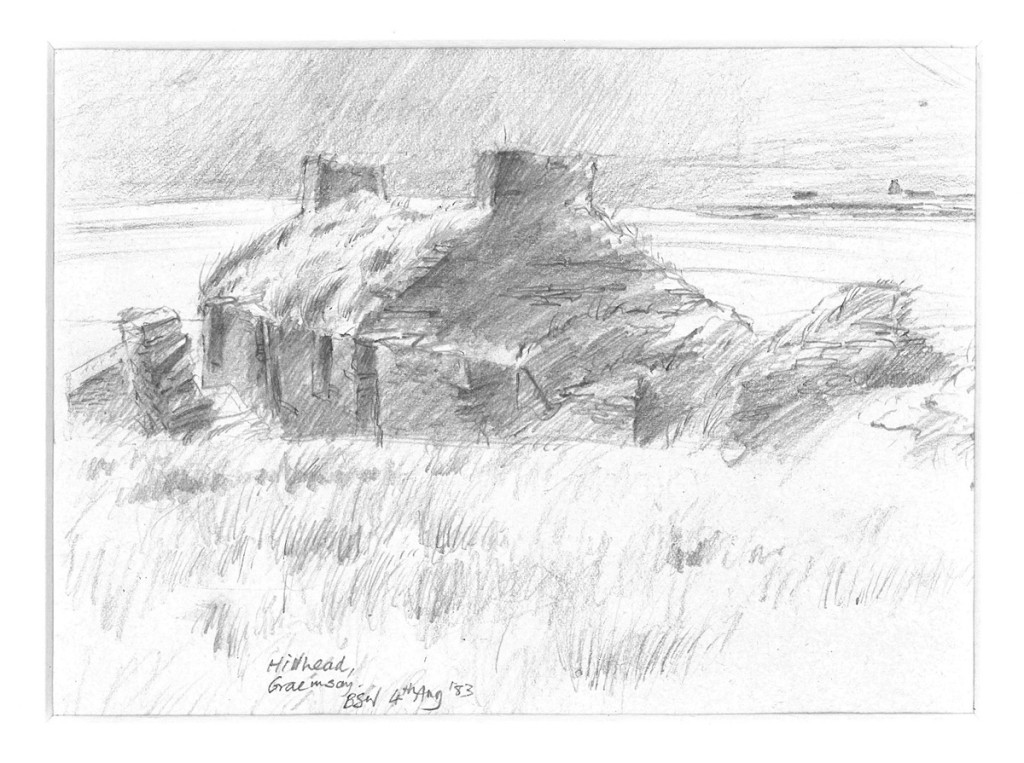 The ruins of Hillhead (Bryce Wilson)

Selkies sing on the skerries, lark and lapwing trill and call, and wild flowers blossom by the roadside. Happy hours are spent around the shores and the fine sandy bay, hunting for groatie-buckies or fragments from an ancient wreck, and pondering the evidence of times past, for Graemsay has many tales to tell. 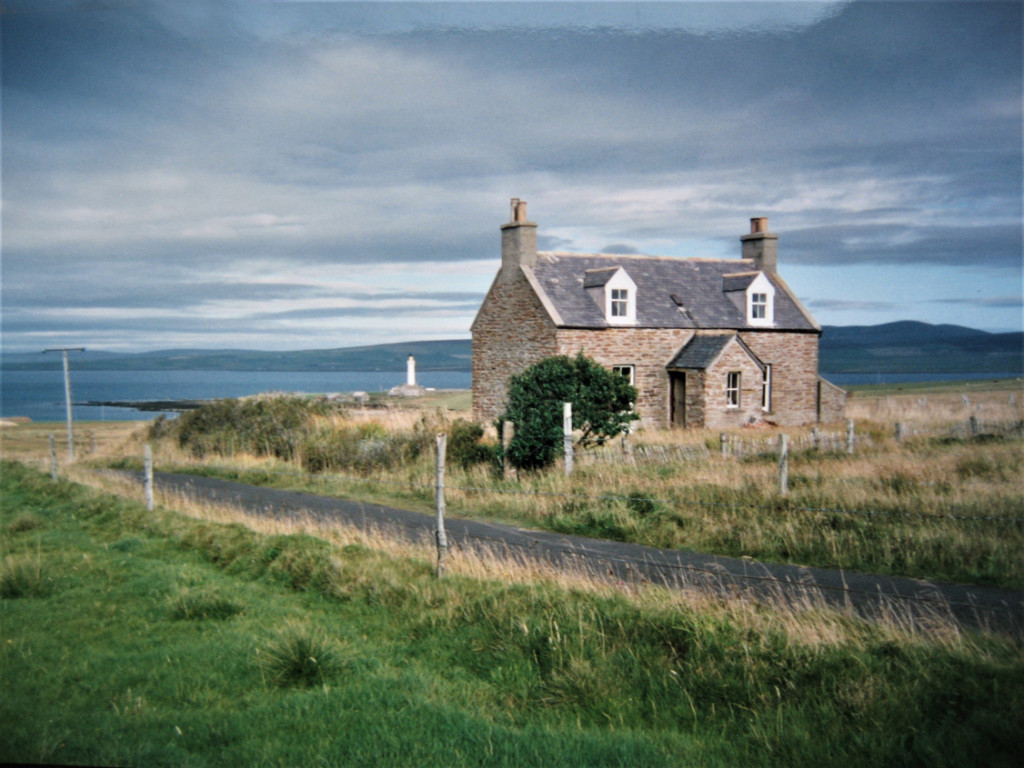 From the Preface to Bryce Wilson’s book Graemsay, published by The Orcadian (Kirkwall Press). This year’s Orkney International Science Festival will include a virtual tour of Graemsay, to see some of its plants, birds, views and people.