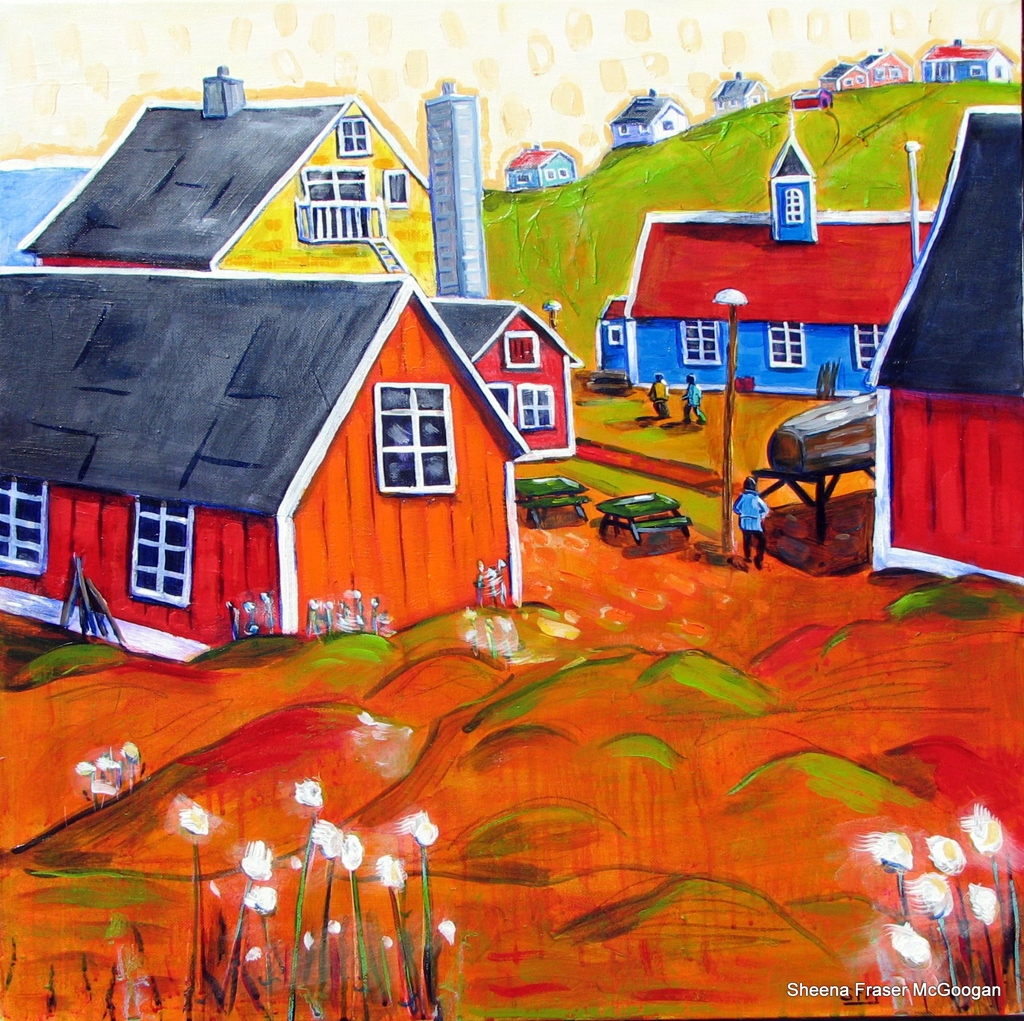 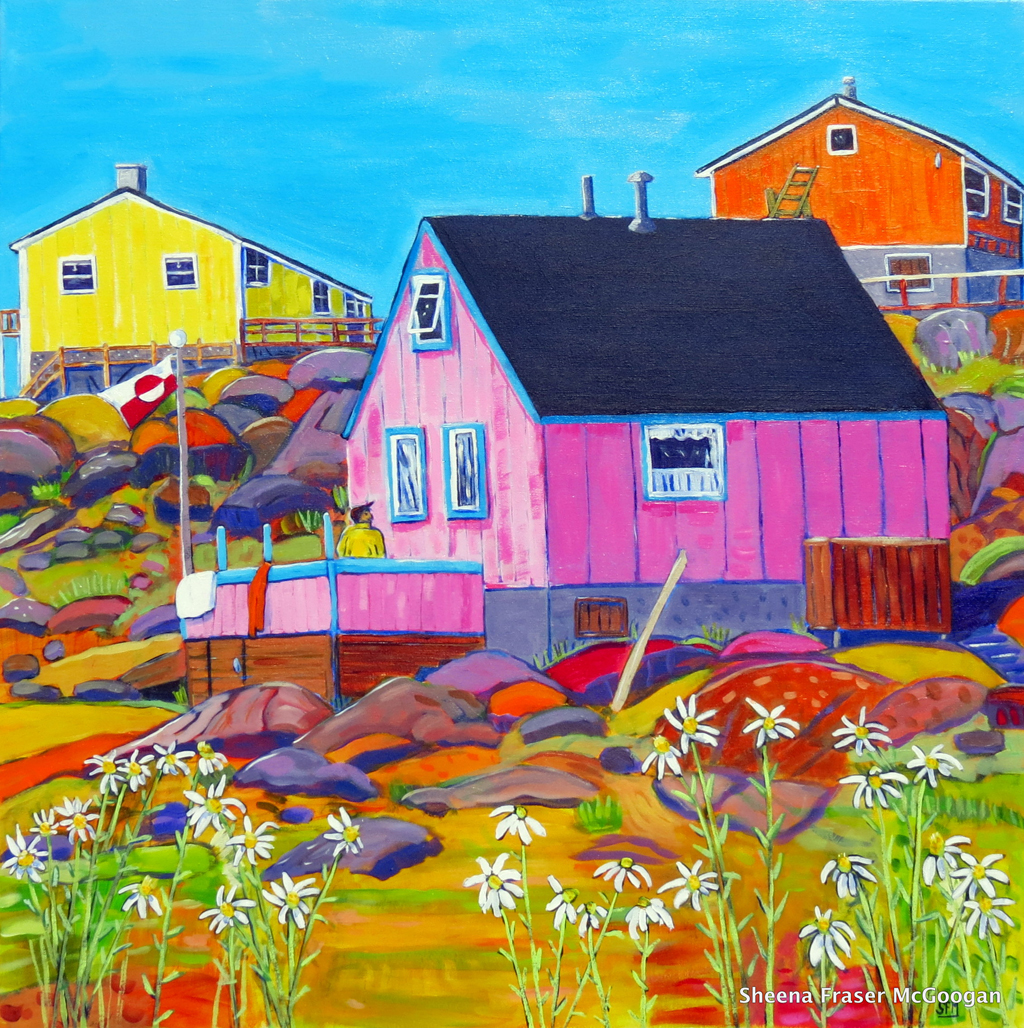 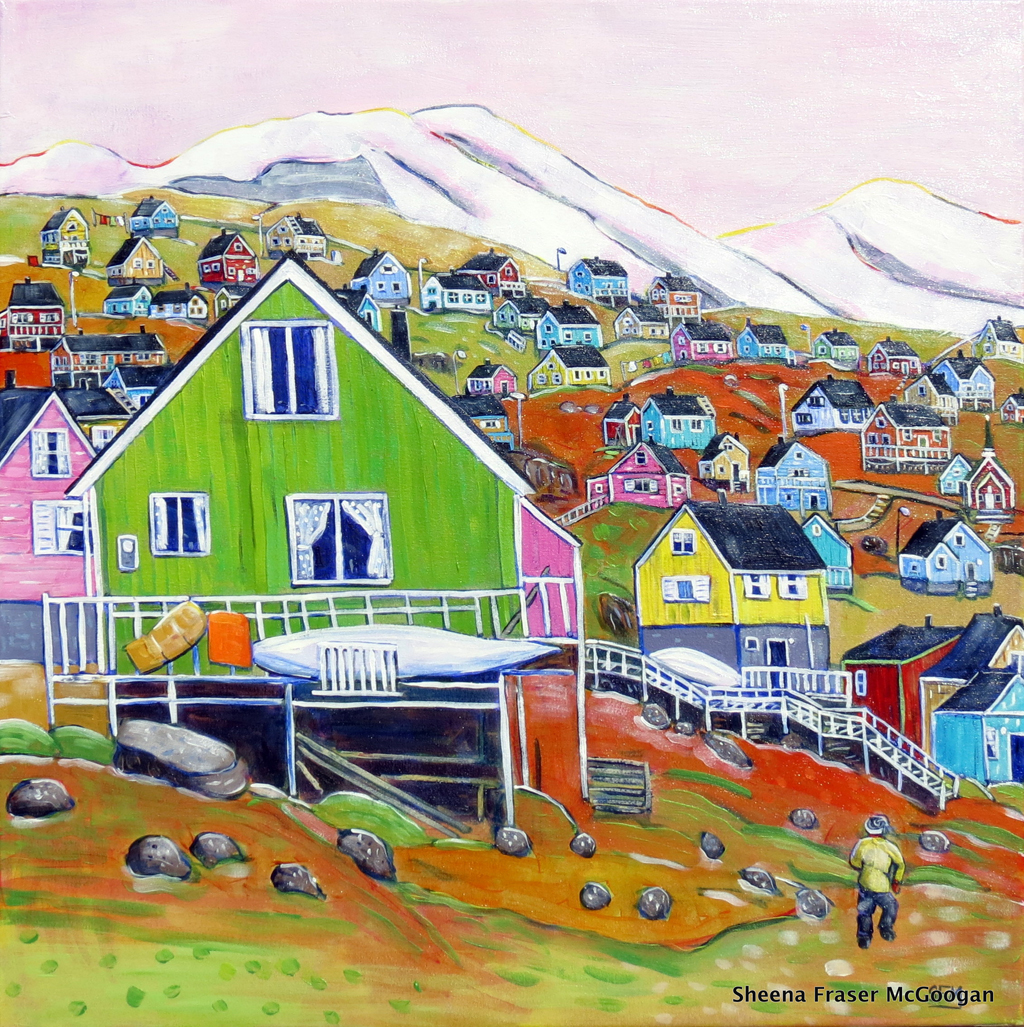 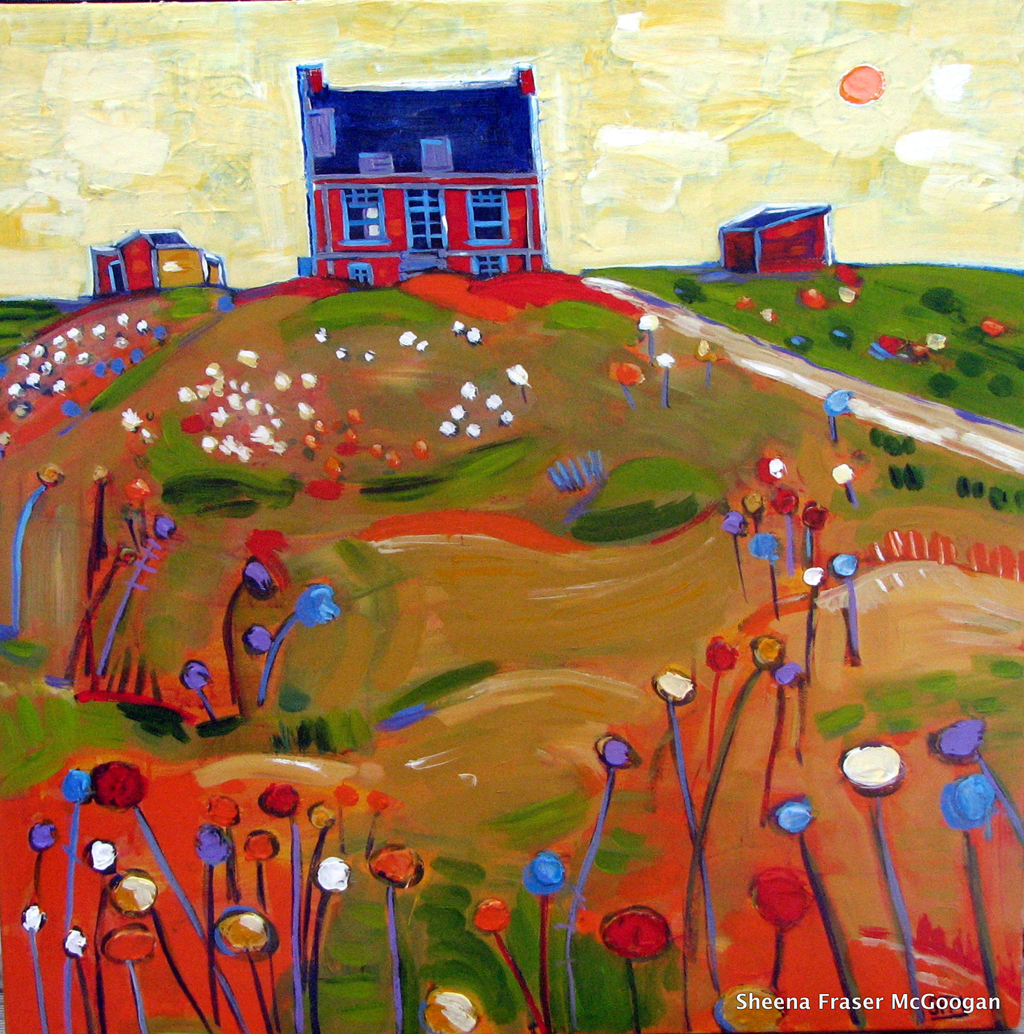 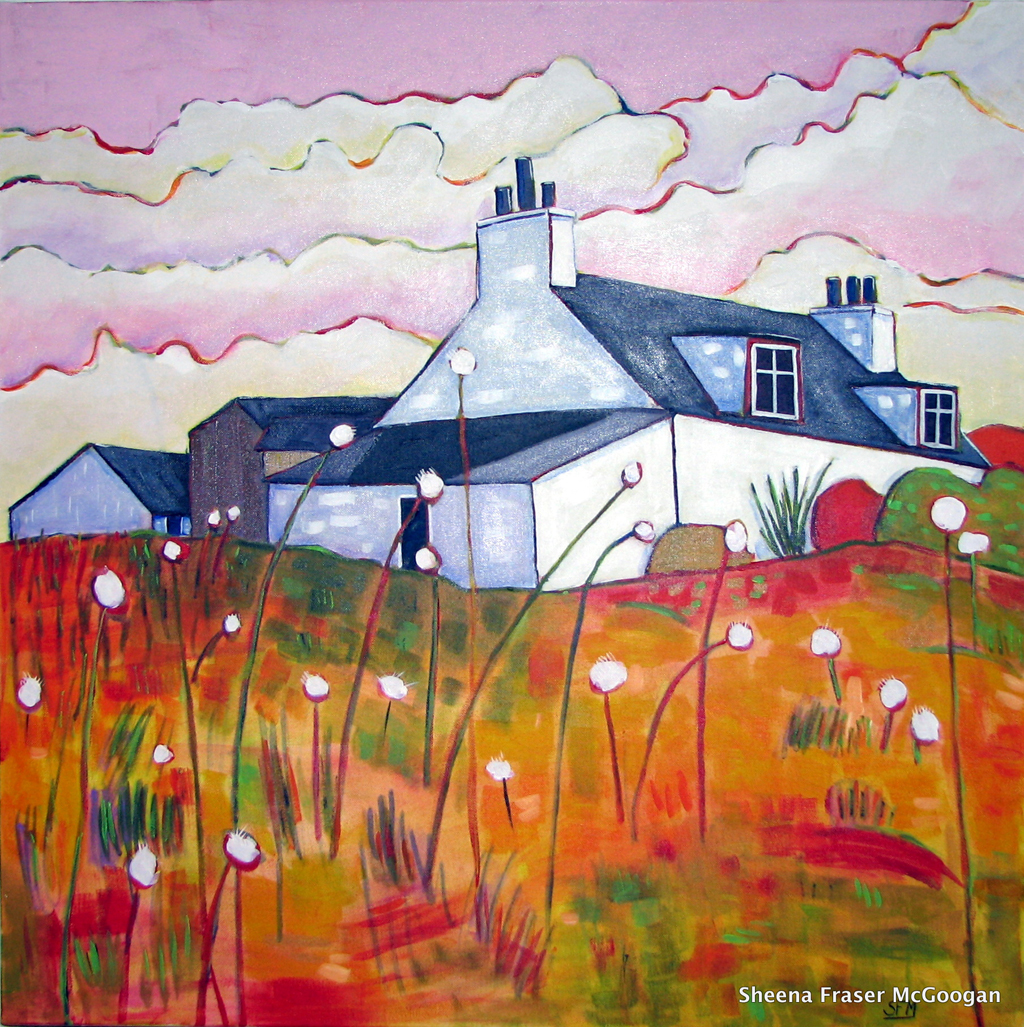 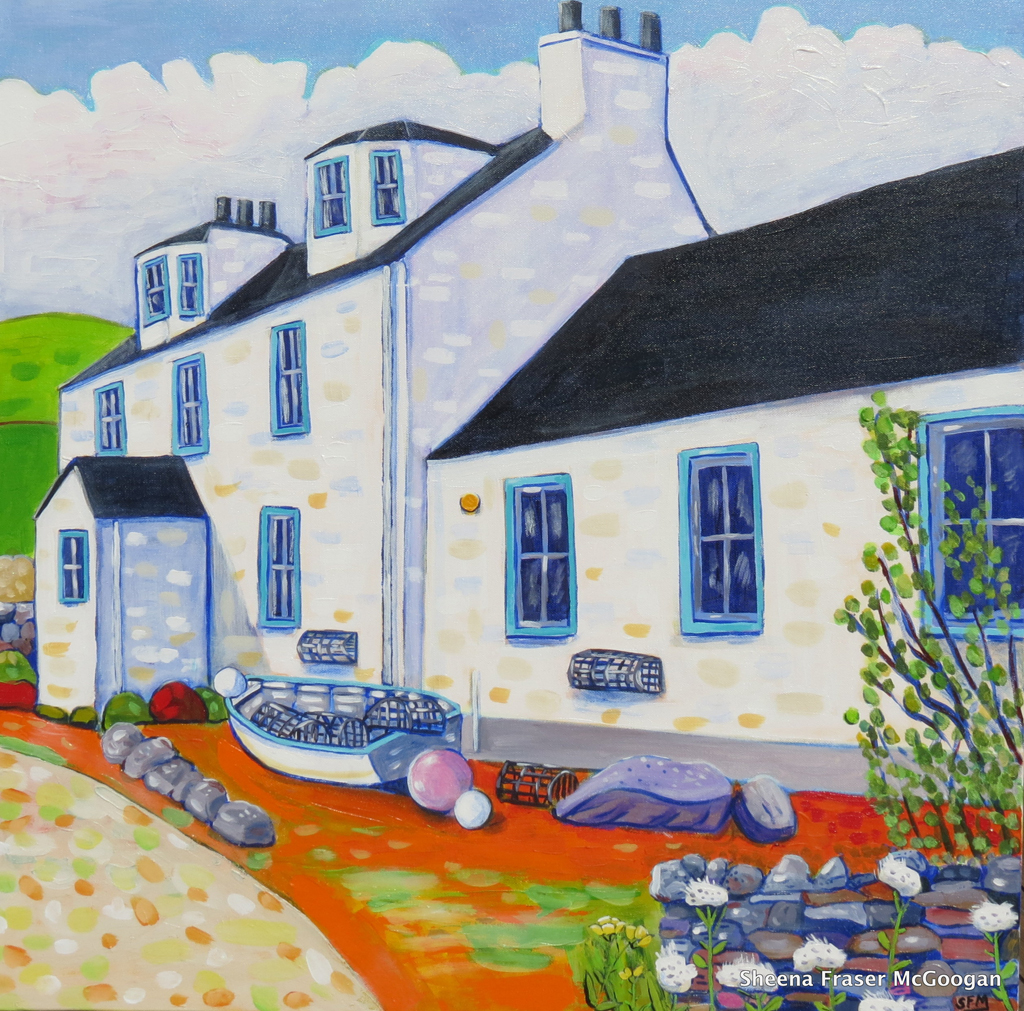 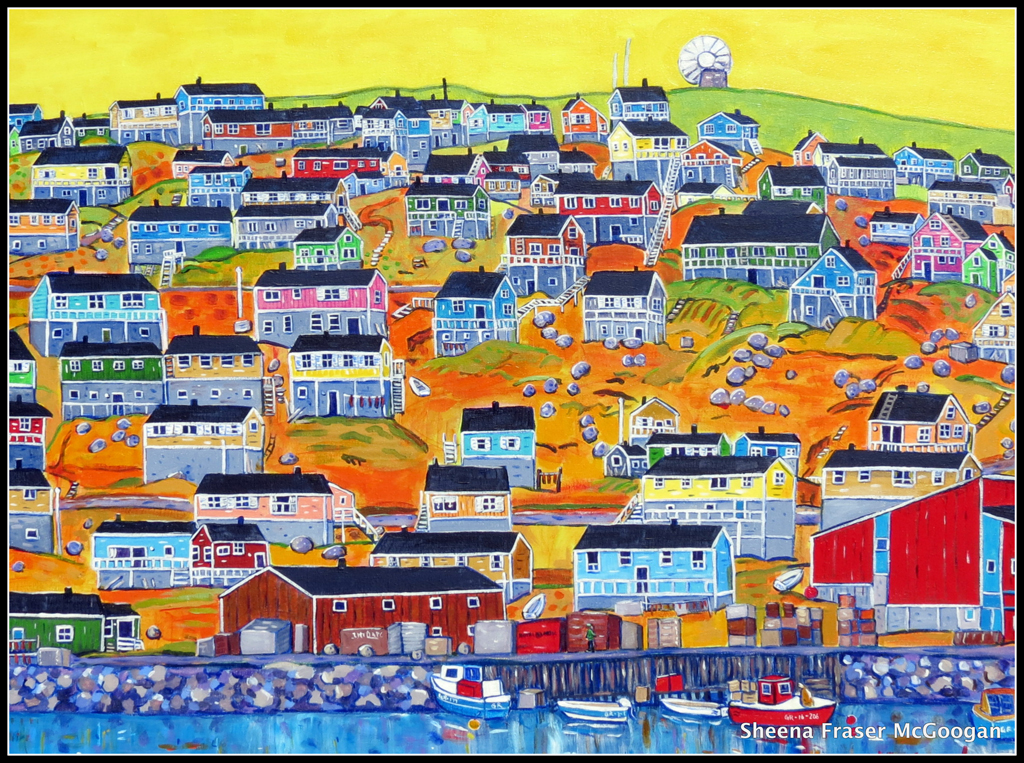 Here in Toronto, where I live, a great many artists have adopted an abstract style. I tried that for a while, but realized that abstraction does not work for me. And so I returned to my old favorite tradition – Scottish colourist painting.

I have always been drawn to bright colours and spontaneous style. The Scottish colourist landscapes are bold and vibrant and show a passion for life. Those painters studied in France and were influenced by the French Impressionists and Fauvists. They took what they could from the likes of Monet, Matisse, and Cezanne and applied it to their native world.

As a Canadian with a proud Scottish heritage on my paternal side (my grandfather was a Scottish architect based in Glasgow and then Toronto), I encountered this tradition at an early age.  And, I learned to paint in the studio of my maternal grandfather, Albert Pattison, a professional artist based in Hudson, Quebec, just outside Montreal. He was influenced by Monet and the Impressionists, and he studied with William Bremner and Maurice Cullen, who travelled to Paris to study painting. Later, when at the University of British Columbia, I trained with landscape artist Gordon Smith, and I continued exploring landscape painting.

After moving to Toronto more than a decade ago, I experimented ith different styles. But when, eight years back, I began sailing in the Northwest Passage with my writer-husband, Ken McGoogan, again I felt driven to express more directly what I was experiencing.

During these voyages I sketch and take photographs of the scenes that I have seen – not only from on board the ship, but also when I hike along the shores or ride in zodiacs wending among the icebergs.  I have stopped in many places along coasts of Baffin Island and Greenland. The last, especially, has captured my imagination with its colourful homes set in spectacular natural landscapes, and I have painted numerous scenes of these homes that I have seen there.

While Ken was researching How the Scots Invented Canada, and I was taking photos for the book, we travelled by road throughout Scotland. We explored the country from coast to coast to coast, and even sailed around it. We also visited Orkney, a place that influenced me deeply.

While we travel and explore, I take the photos to illustrate Ken’s books and articles. Later, I paint from my memories, sketches and the photos that I have taken along the way. Because we are researching history, I photograph many historical homes. While on the Isle of Gigha, I took photos of Ken’s ancestral homes, and later I turned them into paintings back home in Canada.  You will find them in the GALLERY above.

With Adventure Canada, while circumnavigating Scotland, we stopped at numerous islands, including St. Kilda, before sailing on to Shetland and Orkney. I have created dozens of paintings from these voyages and related overland ramblings. While travelling, I keep a tiny journal/sketchbook and take hundreds of photographs. Back home in Toronto, I paint in my studio all winter, drawing on these raw materials as well as on memories and impressions, to create vivid landscapes. I see painting as my way of story telling about the places that I have visited. I like to record and share the beauty that I have seen and experienced.

In 2012, we spent five weeks sailing around Ireland, and then later driving around the interior researching another one of my Ken’s books. We visited many important historical sites during this trip. The green, rolling hills and the pastel coloured homes left me with visual images that I felt driven to paint. As always, I took hundreds of photos and visual notes about what I was seeing and experiencing. The Ring of Kerry and the Aran Isles left me with a desire to paint the colourful homes and the huge, looming, cloud-filled skies that I saw. Elsewhere, the sheep and the flowers left me needing to paint.  I have painted those places in Ireland that meant most to me. They include Inishbofin, the Dingle Penisula, the Ring of Kerry, Tory Island and Dublin. I remain fascinated with the homes in the landscape of Scotland, Ireland and Greenland. I hope that my expressive and colourful paintings communicate this feeling.

Sheena Fraser McGoogan is a Canadian artist, seen here at the Greenland icecap. She has painted many colourful scenes of the nearby villages and landscape