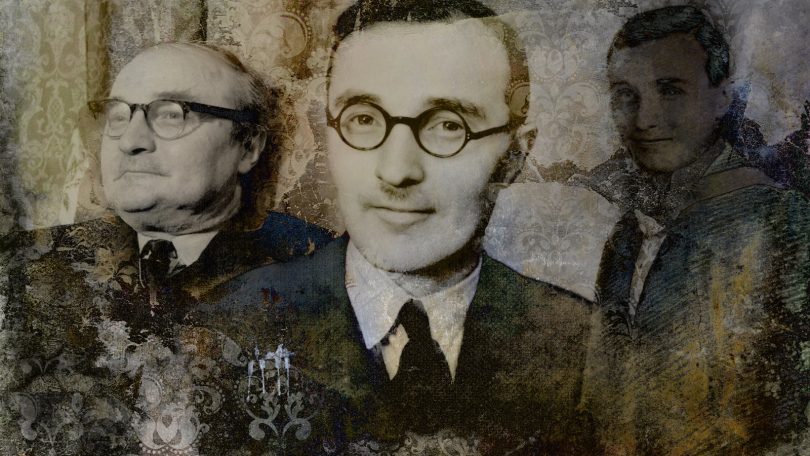 Leaving school at 14 with little prospects, the seeds of his intellectual discovery were sown when he was given the chance to read books from William Traill’s library at Holland.

John D. (as he was affectionately known) went to the Kirkwall Grammar School and passed exams allowing him to study for a Master of Arts at Edinburgh University. He graduated in 1936, trained as a teacher, and came back to Orkney to gain experience.

At the age of 27, he secured a teaching post in Stronsay but this was interrupted by the outbreak of war in 1939 when he was drafted into Kirkwall where he was Director of Correspondence Tuition.  Following this he worked in North Ronaldsay and was appointed Head Teacher at Sanday Central School in 1946.

Mackay soon became involved in community organisations and also developed an interest in wider issues. He wrote to the local newspapers and encouraged lively debate on a number of issues. He was in demand as a speaker and was also a lay preacher – even though it was sometimes difficult to ascertain whether or not he believed all the gospels!

John D. amassed a comprehensive library and, at the Central Schoolhouse, two rooms were given over to books. The upstairs library spilled on to the floor with piles of books around the large table. Here he taught evening class students while he sat on the small settee beside an open fire drawing on his cigarettes.

In 1967 Mackay orchestrated a campaign to protect the island status of Orkney and Shetland. The ‘Back to Denmark’ movement raised morale in both island groups at a time when local powers were being eroded; and eventually, with support from all the political parties, the two island groups were given their own ‘most-purpose’ Islands Councils during local government reorganisation.

He edited The New Orkney Book published in 1966 and wrote a chapter for the Third Statistical Account of Orkney. He was an iconic character and his personality was half natural, half created. He was witty and provocative and yet he cared for his community and for the interests of Orkney.

John D. could be described as a polyglot – he had a wide knowledge of many academic subjects, with books on philosophy and religion sharing a place with classics and history. He achieved much in his life but could have achieved so much more. He did not enjoy good health and, at times, must have struggled to cope with the ardours of a boisterous class of 15-year-old boys and lasses. Mackay was respected by his pupils and many of them owe their success in their chosen professions to his talents as a teacher, mentor and facilitator. He once said that teaching children was like releasing birds from their cages.

Mackay shaped the lives of young folk, he provided them with opportunities to learn and encouraged and developed their skills. He was unpretentious yet proud of his achievements; he never exuded confidence yet he could speak to people from all walks of life.

The closing of a chapter

John D. Mackay passed away in December 1970 and part of a chapter was closed at that time. His place was filled at the school but he was unique and no-one could fill the void that was left in the Sanday community.

His obituary in The Orcadian (on 19 December 1970) encapsulates the life of a teacher, a man of letters, an icon:

With John D. Mackay’s passing something unique and irreplaceable has been taken from Orkney life, for he was the complete original, brimming over with an expansive personality, partly natural, partly self-created, which became richer and more idiosyncratic as the years went on…. He was happy that he should become almost a legend, noted for his strongly individual views on local and national affairs; noted too, and greatly liked, for his sense of humour and for his incomparable gifts as a storyteller.”

Please raise your glasses as a toast tae the Man fae Papay who started with nothing but gave so much to education and the cultural life of Orkney…. Tae John D. Mackay…!

With thanks for images provided by courtesy of Orkney Library Archive

Tom Rendall was born in Sanday at a small farm called The Meadow. He left the Sanday school at the age of 15 with no qualifications, but through the help of John D. Mackay was able to study in the evenings for O levels and Higher English. He went on to take two degrees with the Open University and, following eight years of part-time research with Orkney College UHI, has just been awarded a PhD for his study of attitudes towards the use of dialect in Orkney. He has lived in Kirkwall since 1990 and worked in various jobs connected with tourism and education.