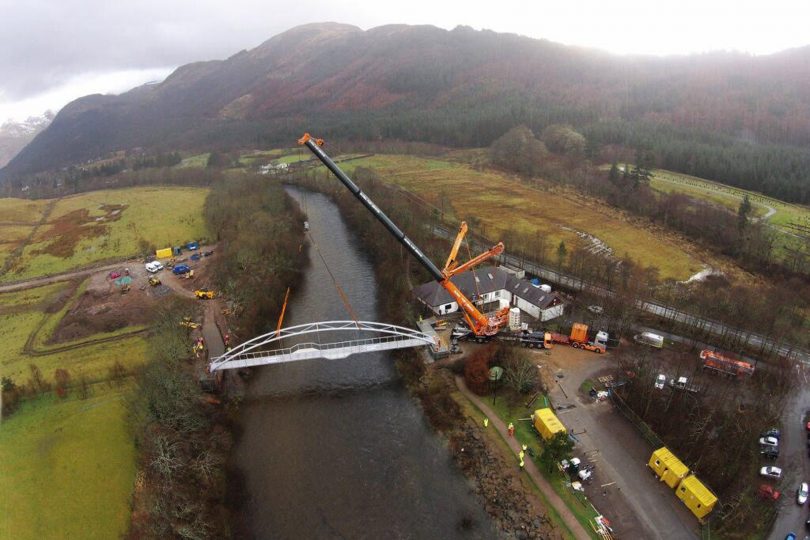 The natural reaction in the case of an impassible fire below is to head upwards but in the Grenfell case there was no escape in that direction. Residents could only follow the advice to remain in their apartments.

A good principle for safety (swimming, rock climbing etc) is always go in pairs. One possible solution for future tower blocks is to permit only construction in pairs with an enclosed bridge linking corner to corner at the top storey or roof level.

This saves the construction of a second fire-protected staircase in both buildings and would likely be less expensive than a single such staircase and a much more secure exit route.

The corner-to-corner arrangement permits a good view from all faces of both blocks and permits the greatest distance between the tower faces. In the case of a fire, the appropriate faces of the ‘rescue’ tower could, if required, be washed with a top level, pumped-feed, as could the top and sides of the bridge.

Settlement of the buildings

Buildings settle over time, and there is also transient motion due to wind loading, and so the connection of the bridge to the buildings could not be a rigid one. But there are well proven structural methods for accommodating such displacements. For example, roller and pivot connections are widely used in bridge construction.

Also, roll-on/roll-off island ferries between the islands safely load and unload hundreds of cars daily, irrespective of the widely-varying tidal level, with a simple sliding ramp.

Using these principles, I suggest one arrangement which could be applied to a pedestrian bridge between two towers, in the sketch below.

The drawing shows a traditional footbridge structure, slightly shorter than the distance between the buildings, which is suspended from supports on the towers by two links on each tower, giving the bridge some horizontal freedom of motion. Spring and friction damping could be provided.

The footbridge carries an enclosed corridor with short-term fire protection. This enclosure would be linked to similar corridors on each building by a sliding (ferry-type) ramp accommodating vertical movement.

The footbridge supports on the towers would be integral with the tower structure and designed to carry the vertical load of the bridge. The total extra vertical load on each building is unlikely to be greater than that of one fully occupied floor level.

During construction, the supports on the towers would be fitted with lifting tackle to raise the pre-constructed footbridge from the ground to roof level. There, the suspension link pins would be inserted and the lifting tackle removed.

With the pivot end of the ramp fixed to the building, the ramp would rest in a vertical position, acting as a door to prevent casual access to the bridge. A system such as a “break the glass” type of action could initiate the lowering of the ramp in an emergency. A keyed override system would permit the ramps to be lowered for bridge inspection and maintenance.

For existing buildings, a retrofit would require various issues to be looked at individually. I can, however, see no major practical difficulties with incorporating such a solution into the design of new, paired, towers.

As to the practicality of building such bridges, one example is the footbridge at Fort William built by AJ Engineering of Forres, with its fiddle-bow design.

I estimate this bridge at a 40-metre span. The Grenfell Towers appear to be about 30 metres per side, which suggests that a similar bridge of even 30 metres would be adequate.

There are also examples of linked towers in new developments in the Far East, for instance Raffles City Chongqing in China and the concept of the “horizontal skyscraper”.

There is also the Marina Sands Hotel in Singapore.

Overall, the feeling of security that residents of multi-storey blocks would have, knowing that an escape upwards as well as downwards was possible, would, I believe, completely remove the justified concern about escape from high-rise flats, even from those with two internal stairways.