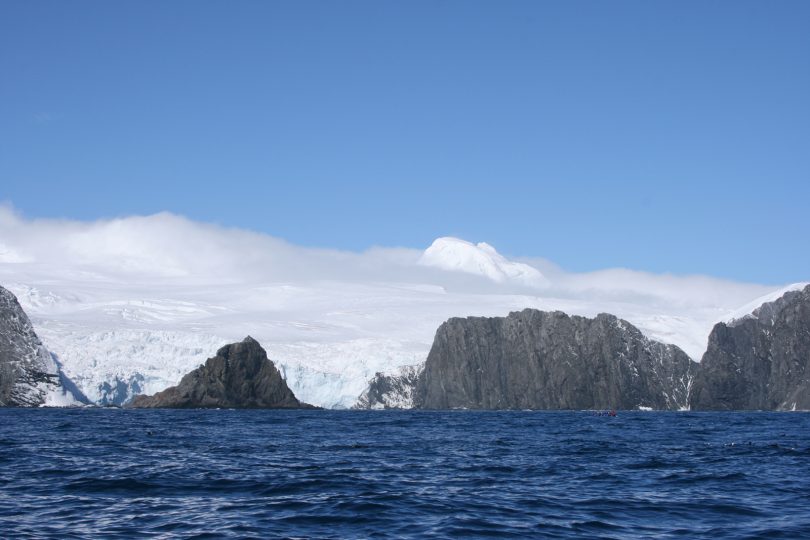 Back in January 2007 I worked for Peregrine Expeditions as a Naturalist Guide on board the RV Akademik Sergei Vavilov around the Antarctic and sub Antarctic Islands. Our itinerary included a regular stop off at Elephant Island just to look from a ‘ship’s cruise’ position over 2 miles off Point Wild on the tiny rocky spit of land, where 22 men from the Endurance had waited for The Boss to return and save them.

Point Wild is very rarely visited from the sea due to its reefy approach and the ever-present swell on the few tiny accessible crescents of shingle on the beach. I was later given to understand that it is landed on perhaps once every five years or so. It’s a nasty place; pinched between the ice walls of the island and the violence of the Southern Ocean.

But today it was different; the ocean was uncommonly near still and a landing seemed possible (we prided ourselves on our willingness to scrap the written itinerary in favour of rare opportunities if they came by) and I was asked go on a recce trip to see if conditions ashore would allow a safe excursion on this hallowed spot. To cut a long story short, it was, and with some delight I was able to radio back to the ship that landing conditions were reasonable. We landed on a tiny ‘beach’ on the west side of the base of the spit.

Almost the entire company of 105 international passengers came ashore with us for a short two- hour excursion. Even though we had several seasoned Antarctic veterans aboard, this was the first time ashore there for everyone. Meanwhile the Zodiac landing boats rafted offshore, engines running, in case of one of the frequent and rapid changes in conditions we experience in that part of the world (lest we too become marooned).

There was no trace of any part of the Endurance Camp and no accumulations of shingle spoken of as its base. We assumed the site had been completely altered by wave washes in big Southern Ocean storms. The monument, a bust of Captain Luis Pardo Villalon, skipper of the rescuing vessel SS Yelcho, still stands there, surrounded by Chinstrap and Gentoo Penguins.

There wasn’t much guiding for me to do. Not much land, not a great deal of wildlife and people just seemed content to wander and sit around soaking it all in. It helped that the weather was lovely.  I knew how much the stranded crew had fantasised about food during their time waiting there and I couldn’t help but look around at all these juicy seals and nesting penguins and imagine the feeling of glorious bounty the crew must have felt when they landed here!

Before long we were back in the boats and away ‘home’ to the ship. We talked of this and little else for days and days afterwards as memories, impressions and photos were shared. Whilst ashore I broke a cardinal Antarctic rule and put a small pebble in my pocket. I still have it as a very personal treasure from a rare, almost dreamlike few hours.

Martin Gray from Orkney was from 1994-2008 a Naturalist Guide, Presenter and Zodiac Driver on board several Expedition Cruise Vessels in the Arctic and Antarctic.