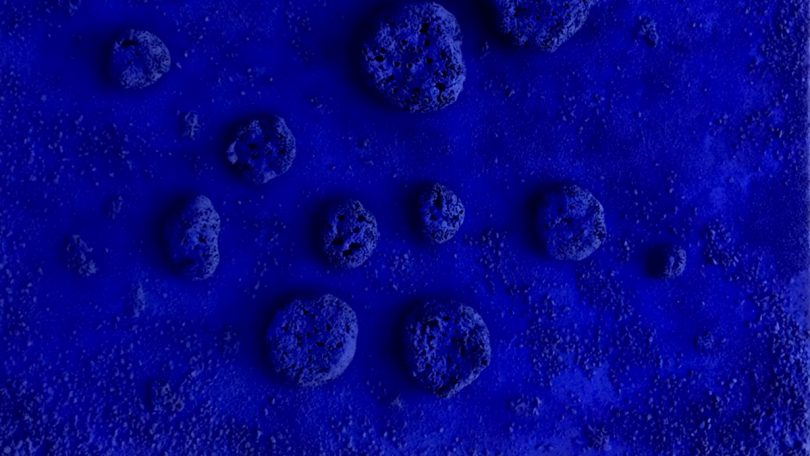 Today’s painter has easy access to a plethora of ready-made paints unheard of in ancient times. There is a highly active commercial paint industry ready to supply the artist with almost any pure pigment, for instant use in a variety of different forms: as watercolours, oils, acrylics or alkyds.

This was not always the case; the rich palette of paints now available is mainly the achievement of modern chemistry and scientific research. Nonetheless some of the exotic-sounding names on today’s tubes of paint, such as ultramarine, cerulean blue, vermilion, burnt sienna, viridian and yellow ochre, serve to recall the fascinating history of paint development from the Stone Age, through the ages of alchemy to the chemical achievements of modern times.

The natural beauty of the Earth’s minerals has long fascinated geologists with their seemingly endless diversity of colours. Crucially, the fascination of minerals has not been confined to geologists and chemists. Artists from as far back as the Stone Age have seized the opportunity to base their paints on mineral-derived pigments. Stone Age artists derived paints from the pigments that were readily at hand.

Red and yellow tinted ‘earths’ were usually available in regions where cave art thrived.  These contained powdery red and yellow iron oxides (haematite and limonite respectively) created by the interaction of atmospheric oxygen with iron deposits in the Earth’s crust. For brown they used oxides of manganese, and green earths were available from aluminosilicate clays.

Chalk deposits, or ground-up animal bones, provided a source of white pigment; and to obtain black they needed to look no further than the charred remains of sticks from their  camp fires. The pigments were first powdered and then mixed with a binding agent such as melted animal fat (or gum, or even water) and then applied to the walls with a rudimentary brush, or with a tree stump, or even with fingers and thumbs.

To obtain the colours for the decoration of buildings and tombs, the Egyptians did not have far to venture. In nearby mountains it was possible to locate, in cracks and fissures near the surface, the copper ore malachite which is an emerald green coloured mineral, typically found in the oxidation zone of copper deposits.

Sources of yellow and orange pigments were the arsenic sulphides orpiment and realgar respectively. Realgar is usually found in compact aggregates and brilliant orange films often deposited from low temperature hydrothermal veins. If exposed to light and air, it gradually converts to the yellow orpiment.

To provide their browns, like the cave painters, the Egyptians relied on iron oxides from the surrounding earth. Soot or charcoal supplied their black, and lime was used for white.

However, to represent water satisfactorily it was necessary to find a good blue. A possibility was lapis lazuli, a rich blue or blue-violet coloured crystalline rock composed basically of lazurite and calcite, but this presented some logistical difficulties; it was quite rare and they had to rely on traders from Afghanistan for supplies, which were often  contaminated.

To overcome these difficulties the Egyptians indulged in some effective but empirical chemistry: possibly the world’s first chemistry experiment. In creating what became known as Egyptian Blue, they mixed together a blend of calcium oxide (chalk or limestone) with the copper mineral malachite and silica (sand), and then in a kiln subjected it to temperatures between 800-9000C: an excellent example of geology and chemistry combining to produce a colour.

This empirical approach to chemistry continued to produce new colours in the years that followed the Egyptian era. For instance white lead or lead carbonate was produced by the action of vinegar (acetic acid) on lead strips placed in a sealed container together with animal dung.

Whilst the practitioners probably did not understand what they were doing, when explained in terms of present day knowledge, it seems relatively sophisticated. The acetic acid first converts the lead to lead acetate which is subsequently converted to lead carbonate, as a result of the carbon dioxide evolved during the natural fermentation of the dung giving rise to carbonic acid.

If heated, white lead can be converted to red lead, known as the pigment minium in medieval times. In addition to its use in white lead production, vinegar could be used to corrode copper for the production of the blue-green coloured pigment, copper acetate, otherwise known as verdigris.

The Arabs tried unsuccessfully to transform rocks into gold. When mined, the mineral cinnabar sparkles with a bright red. It contains both mercury and sulphur, but the Arab alchemists believed if they separated the mercury from the sulphur, they could recombine these elements to form gold with even more sparkle. Initially they crushed the ore and treated it at 3000C to release the mercury. Their subsequent attempts to recombine the mercury and sulphur failed to yield any signs of the elusive gold. Instead they produced the vivid red pigment vermilion.

For red there was also a range of so-called mars colours available in Baroque times. These included Mars red, Mars yellow and Mars violet and were prepared by the oxidation of iron in air, and in fact were by-products of early sulphuric acid manufacture.

Other mineral-derived colours of the Baroque period included Raw Sienna from a yellowish brown earth found in the vicinity of Sienna, and Umber from iron ores containing a high proportion of manganese believed to come from the vicinity of Umbria. When roasted, Raw Sienna gives rise to Burnt Sienna, a warm brownish red pigment, and Umber when similarly treated results in the darker brown pigment Burnt Umber.

As far back as the fifteenth century BC there was known a natural dye called Tyrian purple which could be extracted from two types of mollusc native to the Mediterranean. Glands in close proximity to the mollusc’s head secrete a clear fluid, which if exposed to sunlight turns purple. However, around 250,000 shellfish were required to produce just a single ounce of the pigment!

Since then, other naturally-occurring pigments have been discovered such as cochineal, a crimson dye from cactus insects. Introduced into Europe by the Spanish from Mexico, estimates suggest nearly 17,000 insects for a single ounce of dye.

By comparison, dyes of vegetable origin tended to be cheaper, the most common examples being madder and indigo. Madder Red comes directly from the madder plant. It is a strong permanent crimson red and its principle component is the pigment alizarin.

Another plant pigment, indigo, was derived from the leaf of Indigofera tinctora, a pea plant from India, but also from Isatis tinctoria, a plant widespread in Europe and Asia. In terms of its chemical structure indigo is surprisingly similar to Tyrian purple, only lacking two atoms of bromine.

The British India Company imported the yellow pigment gamboge around 1615. The pigment is actually the solidified resin of trees belonging to the Garcinia family, which are native to South East Asia. When mixed with Prussian Blue, it forms the basis of the well-known watercolour, Hooker’s Green. However, possibly one of the most intriguing natural pigments is Indian Yellow. Basically it is made from the urine of cows fed on mangoes. The pigment itself is a calcium or magnesium salt of an organic acid released from the mangoes.

By the 18th century, chemists were freeing themselves from metaphysical concerns and alchemy was transforming itself into chemistry as we now know it. There was an increasing body of knowledge about the many ways in which chemicals reacted with one another that permitted the creation of an ever-growing range of novel pigments.

Because the pigment White Lead was both hazardous to health and itself suffered from darkening due to its conversion to black lead sulphide in atmospheres containing sulphurous fumes, a lead-free white was Zinc White ( zinc oxide), which was synthesised by chemists at the Dijon Academy.

The pure yellows and oranges favoured by the Impressionists derive from an understanding of the chemistry of cadmium, and in 1819 the chemist Friedrich Stromeyer was able to synthesise a vivid yellow cadmium sulphide called Cadmium Yellow. By altering the conditions of his synthetic process, he was able to produce an orange pigment as well called Cadmium Orange.

Some notable blue pigments stemmed from a knowledge of the chemical properties of cobalt. In 1812 the French chemist Louis-Jacques Thenard was able to create the expensive but popular pigment Cobalt Blue (cobalt aluminate) by mixing cobalt salts with aluminium.

Mixing  cobalt and oxides of tin gave rise to the pigment Cerulean Blue (cobalt stannate). Instead of cobalt, iron was the basis of the darker Prussian Blue pigment. When potassium ferrocyanide was combined with iron sulphide, the product, iron ferrocyanide, was a blue of powerful tinting strength.

What is notable is that many of the strongest and brightest chemically-manufactured pigments mentioned above derive from the ‘transition elements’ of the Periodic Table  such as copper, iron, cobalt, cadmium, chromium, manganese, lead and zinc.

The art of synthetic organic chemistry

Before 1856, the colour in our lives was expensively derived from animals, plants and minerals, but in that year a British chemist, William Perkin (1838-1907), changed all that. He discovered a way to create colour in a factory using the principles of organic, or carbon-based chemistry.

Quite by chance, Perkin discovered the colour ‘mauve’ when working, at the age of eighteen, on a treatment for malaria at his home in London’s East End. Instead of artificial quinine, useful against malaria, starting with aniline he produced a dark oily sludge, but it was this sludge that he used to turn silk into a beautiful light purple.

Perkin’s initiatives led to the synthesis of many other various aniline-based dyes and pigments including synthetic alizarin, which was brighter than the natural version, and also a bright pink called eosin.

Azo dyes were yet another class of synthetic colourants, as were the blue and green phthalocyanine dyes ( e.g. phthalo green and phthalo blue). Such progress catalysed the burgeoning of the present-day synthetic colour industry, and over four thousand pigments are now available, many of which mimic old pigments but are usually cheaper and more stable.

Few artists have actually shown a personal interest in the development of pigments. However one of these, the French artist Yves Klein (1928-61) had an uncommonly keen interest in the technology of colour and adored the richness of dried powders, but realised that these were always diminished once they were mixed with binders to produce paints. To get around this problem, he sought assistance from Edouard Adam, a Parisian chemical manufacturer.

In 1955 they found a fixative resin called Rhodapas M60a, made by the French chemical manufacturing giant Rhone-Poulenc. This was thinned with ethanol and ethyl acetate before mixing with a synthetic ultramarine-like pigment and the matt velvety texture that resulted possessed a kind of pure energy, which allowed every nuance of blue colour to be revealed. In his view such a blue was the means to a conceptual end, and in 1960  he was able to patent this blue as International Klein Blue(IKB) to prevent the corruption of ‘the authenticity of the pure idea’!

The history of pigment development from the Stone Age, through the ages of alchemy to the chemical achievements of modern times, is a undoubtedly a fascinating story. Although applying pigment to a surface may no longer be the primary means of art production, reports of its death continue to be greatly exaggerated. There is something immediately seductive about paint, particularly in its ability to elicit an almost infinite range of illusions and effects. Painting continues to prove irresistible to artists and collectors alike.