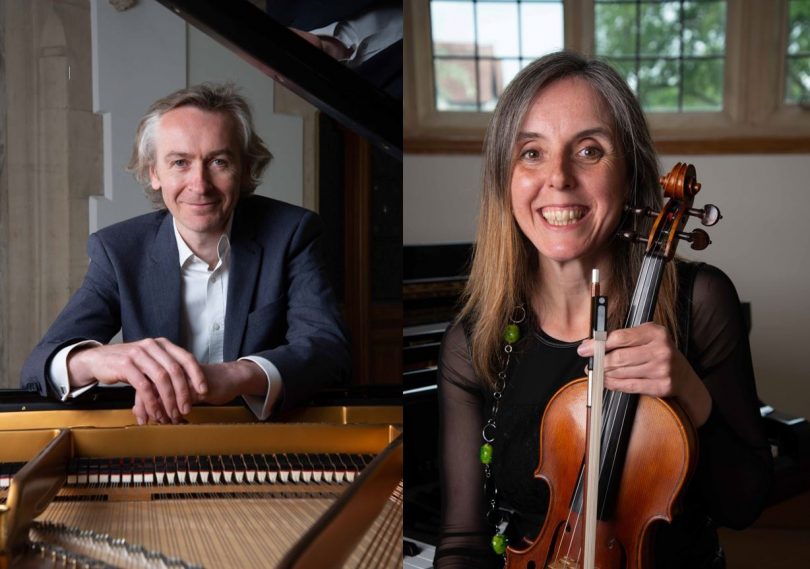 It was written last year by Jennifer Wrigley to celebrate 25 years of friendship and collaboration between Orkney International Science Festival and the Slovenian Science Foundation. The link was the initiative of the Foundation’s president, Dr Edvard Kobal, whose regular visits to the Festival have involved presentations on Slovenian topics from geology and history to writers and wine. The collaboration has opened up various science and cultural links between Orkney and Slovenia, and visits to Slovenia by numerous Orcadians to give presentations on aspects of Orkney life.

In appreciation of Dr Kobal’s love of Orkney, the Festival wanted to give him something unique, and its director, Howie Firth, contacted Jennifer, who has helped the Festival in various ways through the years; and thus An Orkney Tribute to Dr Edvard Kobal was born. The tune was first performed by Jennifer to a surprised and delighted Dr Kobal during an online presentation in the 2021 Festival.

The award for the tune is in the Own Composition section of a festival run by the creators of Box and Fiddle magazine, the National Association of Accordion and Fiddle Clubs. The 2022 Virtual DiMINIshed Festival generated a wide range of interest, as Jennifer explains.

I recorded my entry at home and submitted it on video several weeks ago then kind of forgot about it, then when I heard who some of the other entrants were, e.g. fantastic accordionists such as Shetland’s Peter Wood and Alasdair MacCuish from the Black Rose Ceilidh Band, I really didn’t think I was in with a chance.

“The results were announced on BBC Radio Scotland’s Take the Floor programme broadcast on Saturday evening (5 March) and the ‘open, own composition section’ was the very last to be declared and I got a real big surprise when I heard my name.

“I am so delighted to have won and delighted for Edvard and Howie too.”

Many congratulations to Jennifer for the first prize at the competition! This success, friendship and cooperation between Scots and Slovenians could be a good example for future cooperation in a field where science meets art.”

This is wonderful news! It’s tremendous that Jennifer took first prize for the competition and it was showcased on Take the Floor. Huge congratulations to her!”

The whole of the second half of the Take the Floor programme was given over to performances from the festival, and Jennifer’s performance, with Laurence Wilson’s piano accompaniment, can be heard at 1 hour 53 minutes from the start.

Jennifer Wrigley is internationally recognised as one of the leading fiddle players and traditional composers to come out of Scotland in recent years. Alongside her twin sister Hazel and with the six-piece Scottish folk band Seelyhoo, she has recorded over a dozen albums, undertaken three world tours, visited forty-seven countries and appeared in countless television and radio productions. Together, Jennifer and Hazel have worked with many other musicians, among them Dougie MacLean, Dick Gaughan, Aly Bain and Phil Cunningham, and Evelyn Glennie.

She has written and arranged over 200 tunes which have been recorded and performed worldwide by artists including Liz Doherty, Alasdair Fraser, the BT Ensemble, the Trondheim Soloists and the BBC Scottish Symphony Orchestra.

In recent years, the Wrigley sisters put into practice a remarkable vision of a creative centre for Orkney traditional music, combining teaching and performance spaces with a licenced café bar and Orkney’s only music shop. A whole generation of young Orcadians were trained and inspired in a living tradition. Sadly, after years of success and immense personal commitment by them and their team, The Reel was forced to close last year by the financial effects of the Covid pandemic, but the vision lives on.