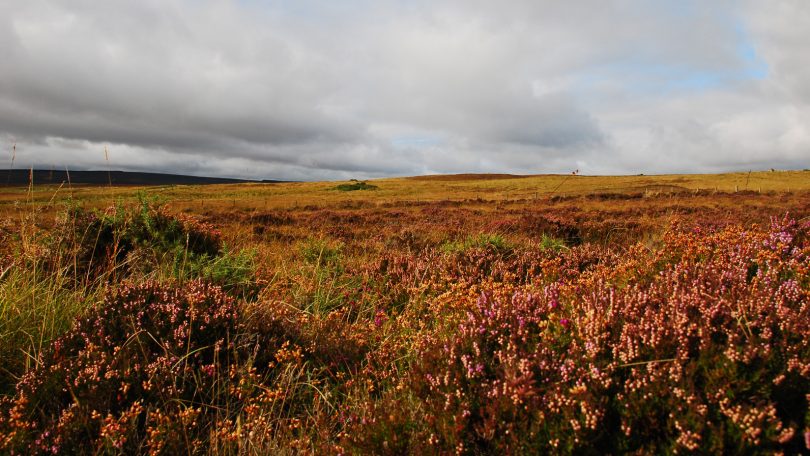 Alexander Bain was one of the most prolific inventors of the 19th century, and is one of the least remembered. His inventions are all the more remarkable given his background.

Born in 1810 near Watten in Caithness, his father was a tenant crofter and Alexander was one of six sons and six daughters. He left school at age 12 to work on his father’s farm. His skill was in fixing things, and at 20 years old he was apprenticed to John Sellar, a clockmaker in Wick. As an apprentice he attended a public lecture in Thurso entitled ‘Light, Heat and the Electric Fluid’ which captured his imagination completely. He later said of himself:

When the lecture was over, and the audience were leaving, a few gentlemen accompanied the lecturer, and conversed with him on the subjects of the lecture. There was a humble lad walking behind them, and listening attentively to what was said … he never forgot the lecture, nor the subsequent conversation.”

After nearly seven years of clockmaking apprenticeship, he left the north of Scotland, briefly for Edinburgh, and then London.

Working in London, Bain went to evening lectures and saw some impractical clocks that used static electricity to maintain the swing of the pendulum. He thought he could do better. By the middle of 1840 he had made a clock powered by electric current, as well as a ‘printing telegraph’. He also thought “to make a common clock transmit its time to other distant clocks…”

In Bain’s first electric clock, the pendulum bob was an electromagnet swinging between two permanent magnets. In his ‘printing telegraph’, the character for transmission was selected by stopping a moving pointer at the correct location on a labelled disc. In the receiver, the printing type-wheel was rotated into position by a clock escapement released by an electromagnet, one tooth at a time, by the appropriate number of received electrical pulses.

Bain displayed his electric clock at the Polytechnic Institution, and with John Barwise, a chronometer maker, and they applied for a patent in October 1840. The next month, Charles Wheatstone, professor of physics at King’s College London, demonstrated an electric clock to the Royal Society, claiming to have invented it. Bain’s patent, ‘Improvements in the Application of driving power to Clocks and Time Pieces’ was granted in January 1841, and a furious public dispute ensued.

Bain’s cause was supported by many, including John Finlaison (a Treasury civil servant, and Actuary of the National Debt.) By coincidence, Finlaison hailed from Thurso, and had been impressed by a demonstration of Bain’s printing telegraph:

On enquiring who was the inventor of this extraordinary apparatus… he was a young man, Alexander Bain… a self-taught genius, from the author’s own native spot in the extreme North of Scotland, totally unfriended and hitherto unknown to fame… There was further shown… another of his inventions, consisting of a clock moved by electricity… capable of making any number… of other clocks simultaneously work together.”

Wheatstone criticised Bain’s innovations in telegraphy, saying of him, “He was a working mechanic… Of the true principles of telegraphic communication by electro-magnets, which… I was the first to determine, he evidently knows nothing.”
With William Cooke, an army officer, Wheatstone had filed a patent in 1837 for an electric telegraph where the receiver used needles, moved by electromagnets, to point to letters on a board. They installed a system on the Great Western Railway, and formed the Electric Telegraph Company in 1846, applying to Parliament for permission to construct more wirelines.

Bain immediately objected, citing infringement of his 1843 patent ‘Certain Improvements in Producing and Regulating Electric Currents, and Improvements in Electric Time- Pieces, and in Electric Printing and Signal Telegraphs’. This was not snappily titled, but it proved valuable. After Bain and Cooke both gave evidence, the House of Lords committee favoured Bain, who was paid £7,500 compensation and £2,500 for the use of his printing telegraph patents. Furthermore, the Electric Telegraph Company would manufacture and market Bain’s clocks, and he would receive half the profits. Bain became a minor shareholder, and Wheatstone responded by resigning from the company. Telegraphy proliferated, and one commentator wrote that

“the electric telegraph… has been not inappropriately termed ‘the railway of thought’.”

Bain filed another patent together with Robert Smith, a chemistry lecturer from Perthshire, which described another invention: a ‘chemical telegraph’. The message was sent as dots and dashes. The receiver used chemically treated paper, supported by an earthed metal surface below, and a metal stylus to write marks according to the signals received.

Bain then developed a system of sending entire documents by telegraph. This used a swinging pendulum to scan a document consisting of metal typeface characters, line-by-line as it moved down, making an electrical contact at each point. The remote receiver printed the copy using a similar, synchronised pendulum and stylus, marking chemically-treated paper when an electrical current was passed.

In that way every point on the original document was transferred to a printed point on the paper, in what we would now call a facsimile (fax) system.

The ‘raster scanning’ of the source document anticipated the methods that would be used by John Logie Baird and other pioneers of television to capture, transmit and reconstruct moving images. Bain did not further develop this invention, but in 1865 Abbé Caselli started the first commercial facsimile service between Paris and Lyon.

Time and the railway

In 1844 Bain had married Matilda Bowie, the widowed sister-in-law of his greatest champion, John Finlaison, and moved his business to Edinburgh. He and his wife had five children to add to Matilda’s daughter from her first marriage.

Bain won a contract from the Glasgow and Edinburgh Railway to construct a telegraph line along their route, 46 miles long. The price quoted was £50 per mile; Cooke and Wheatstone were charging the Great Western Railway £250 per mile. Finlaison loaned £3,000 to the project and the finished system proved the capability of time distribution, with the master electric pendulum clock in Edinburgh transmitting to a slave clock in Glasgow.

Bain returned to London with his wife in 1847, and established a home in Hammersmith. Now a successful businessman, he employed five domestic servants and a private tutor for his children.

The challenge of America

Bain’s next target was America, where the construction of railways was going full steam ahead. Railways needed signalling, and provided convenient rights-of-way. He left for the USA, leaving his family behind.
The American competition was intense – Samuel Morse had already built a telegraph between Baltimore and Washington D.C. When Bain applied for a U.S. patent on the chemical telegraph in 1848, Morse successfully opposed it, citing his similar patent application earlier that year. Bain appealed to the Federal Court, which accepted the priority of Bain’s British patent and overruled the U.S. Patent Office.

Bain and Smith received their U.S. patent in October 1849, and their chemical telegraph was licensed and used on more than 2,000 miles of railways. Morse attacked again, and in 1851 obtained an injunction for infringement of his original patent of 1840, which was so broad that it covered almost every aspect of communicating by electricity.

The case went all the way, reaching the Supreme Court of the United States, which ruled in favour of Morse. As scant comfort to Bain, the broadest, unimplemented patent claims of Morse were rejected. That judgment is often cited in patent law where broad ideas and specific implementations need to be distinguished.

Defeated and financially damaged, Bain returned to London in 1851, his American assets devalued and liquidated. His legal costs had been high. He applied for a discharge in the Court of Bankruptcy, with total debts of $58,000 (around £12,000).  His patents were surrendered, and his links were severed with the Electric Telegraph Company. He went on to concentrate on selling electric clocks, but they were seen as expensive luxuries and did not sell well.

Bain was pretty much back where he started, working for a watchmaker in Glasgow, repairing clocks for a living. One of his customers was the University’s William Thomson (later Lord Kelvin) who recognised Bain’s genius and his plight. Thomson arranged a grant of £150 from the Royal Society, and successfully petitioned the Gladstone government to award Bain a Civil List pension of £80 per year.

Bain died in 1877, cheated of fame and fortune by bad luck and poor choices. Aside from electric clocks and the chemical telegraph, he patented many other inventions, including a fire alarm; a marine depth sounder; a system for recording ships’ direction and speed at sea; a device for producing punched tape and a piano for playing the tape remotely; a current regulator for voltaic cells; a drinking fountain tap operated by pressing the receptacle on a lever, and perhaps too fondly, a device for drawing a measure of liquid from a container, similar to a bar optic for spirits.

He is buried in Kirkintilloch, and honoured in the names of the BT (British Telecom) buildings in Glasgow and in Thurso: ‘Alexander Bain House’.

John Mellis is the author of Scotland’s Science – Stories of pioneering science, engineering and medicine (1550-1900). Born in Glasgow, he studied Applied Physics, Logic and Semantics, and the Philosophy of Science at the University of Strathclyde. His PhD, in laser physics, is from the University of St Andrews. For most of his career he was with the BT Laboratories, Martlesham, and for many years he was a Visiting Professor at the University of Sunderland. He is a Fellow of the Institute of Engineering and Technology, and lives in Suffolk, where he is working on the next instalment of Scotland’s scientific history.