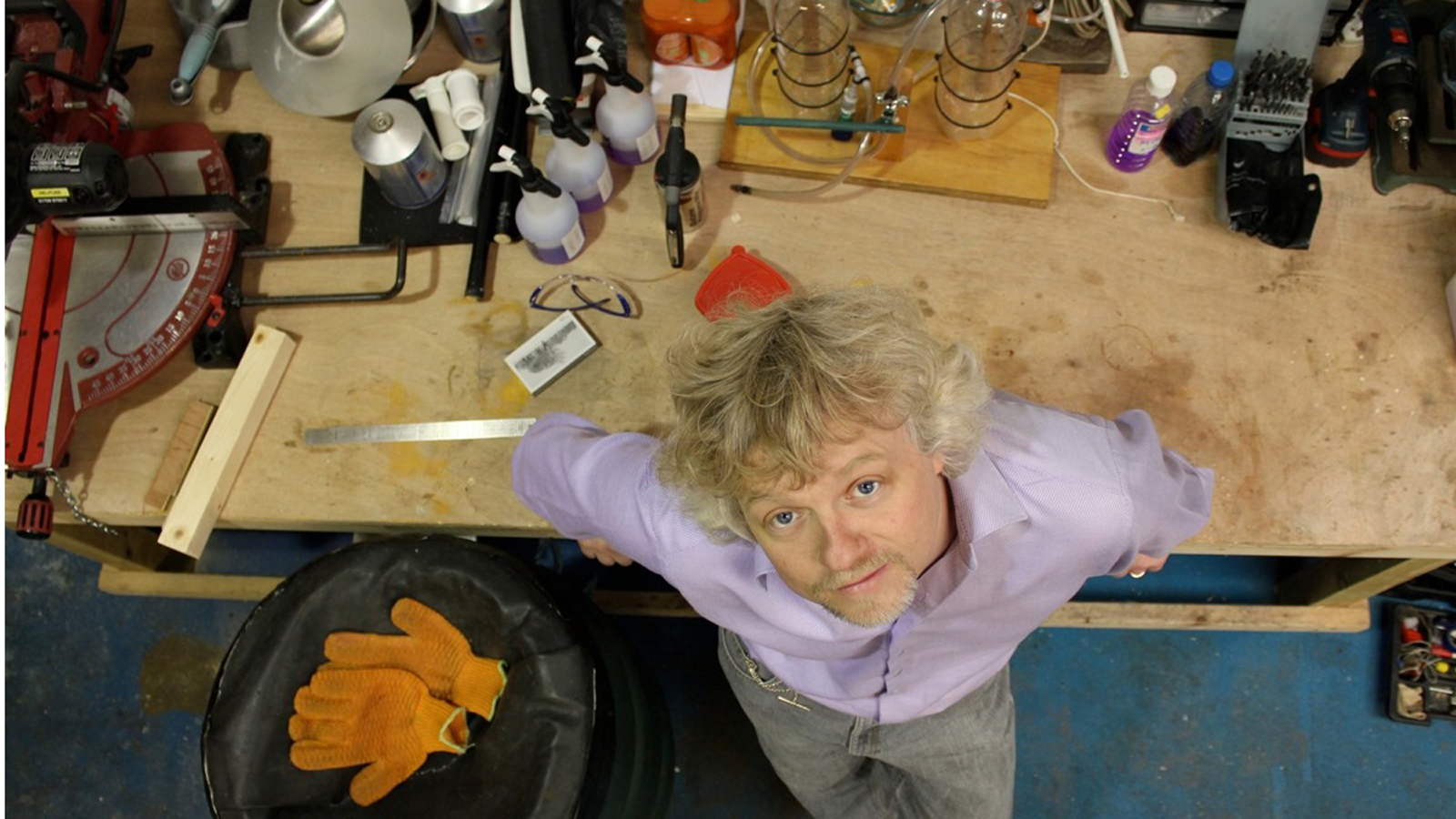 Instantly recognisable with his shock of blonde hair and his Dali-esque moustache, Jopson is The One Show’s resident scientist, known as the “Science Bloke”.

His activities on the BBC TV programme are often dramatic and he says he is thinking about something suitably lively for getting the Science Festival under way on 1 September.

On the following evening he will present his own family show The Science of Everyday Life. It will offer, he says, an insight into the science of household things and an answer to questions like: Why do soap bubbles burst? And how do you get the quartz out of a clock using a hammer?

Marty Jopson describes himself as a “tinkerer and breaker of things” who likes to bring science down to earth so that everyone can enjoy it.

Science is all around us, all the time,” he says. “You don’t need to go into deep space to find fascinating stuff. You just need to scratch the surface and it is all hiding there just beneath the veneer of mundanity.”

He has a background in plant science, with an MA from Cambridge University and a PhD in Plant Cell Biology from the John Innes Institute, University of East Anglia.

He says that is still passionate about plant science, but his interest in science ranges widely, driven by curiosity.

Marty Jopson has been presenting science and history programmes on TV for 10 years and has 13 years’ experience making props for television, museums and live events – all very low tech, he says, “because I’m not an engineer.”

For The One Show he has reported on topics ranging from the origins of the seismograph to the invention of the lava lamp.

He is also known for TV documentary series such as The House the 50s Built, which he co-presented with Professor Brendan Walker, and A History of the World.

So what treats are in store for audiences at this year’s Orkney International Science Festival from Marty Jopson?

Well, I don’t want to give too much away and a lot will depend on how much I can fit in the car along with the whole family, but there will be high voltages and bubbles … some quite large bubbles … in fact some extremely large bubbles….”