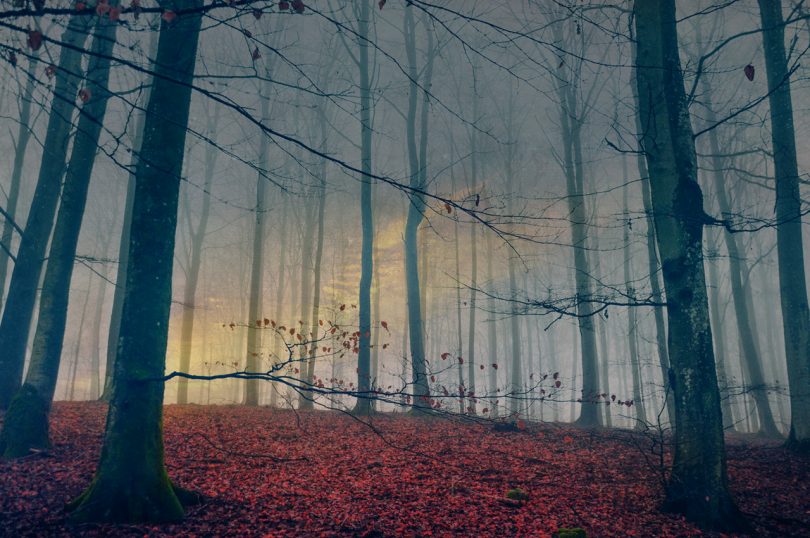 Transition Engineering is based on the premise that because many of the problems we face today are themselves the result of innovation and excellence in engineering, it is only fitting that engineering itself should assume responsibility for solving these ‘wicked problems’ – ways of living which have become so embedded in our thinking that we feel it is impossible to live differently.

Transition Engineering is primarily a movement about changing the way we think and changing the locus of action from top down to bottom up so that everyone understands and owns their role in bringing about this transition from traditional practices around production and consumerism to survival and sustainability.

It was Susan Krumdieck and Daniel Kenning, complete strangers working at opposite ends of the globe, who separately came up with the term Transition Engineering to describe the work in which they were engaged, and together in 2011 founded a multi-disciplinary professional organisation to take it forward.

Today Susan is Professor of Energy Transition at Heriot-Watt University, based at its International Centre for Island Technology in Stromness. Daniel, a chartered mechanical engineer, runs his own company, Splendid Engineering. 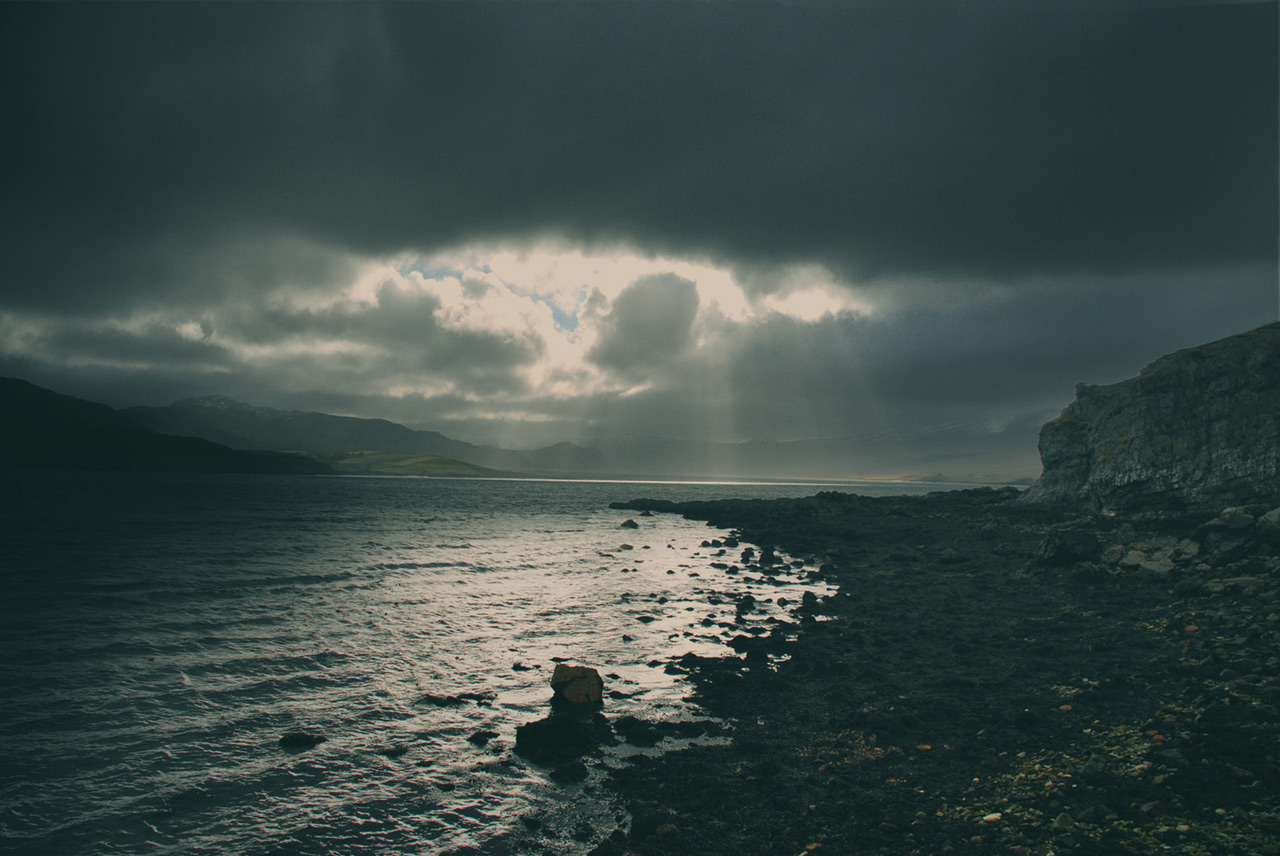 How it all started

Back in 2011 Susan was working at the University of Canterbury in New Zealand and Daniel, after a long career at Ford of Europe, had recently set up Splendid Engineering, seeking greater freedom and more innovative ideas to tackle unsustainability with a focus on ‘more good not less bad’. In 2009 he came up with the term ‘Transition Engineering’ and a web search revealed one other person who was also calling herself a transition engineer and that was Susan.

Having been named the National Prestige Lecturer of the Year in New Zealand, Susan was already giving talks which included Transition Engineering and in 2011 Daniel invited her to England to give two talks – one at Anglia Ruskin University for the Global Sustainability Institute and one at IMechE (the Institution of Mechanical Engineers) in London for the Energy Environment and Sustainability Group. It was at a more informal meeting in the pub following the latter event that the idea of a professional body was mooted, and the Global Association for Transition Engineering (GATE) was born.

Since then, interest has continued to grow and although a resistance to sustainability may remain in some engineering quarters, Susan describes that as part of the ‘old boyism era’. In general, most people have heeded the warnings of scientists, the Doomsday Clock has a mere 100 seconds left before midnight, and we are now really keen to be part of solutions that work. As Susan says:

Just pointing out what is wrong isn’t going to get us anywhere, so if you think like an engineer, you just say well wait a minute, we actually can do what needs doing. We just have to do the job and to do that we need a method, a language, the way to do it, and we need to agree. So, we need the profession to recognise that, and we definitely need the clients to recognise the value of what we are talking about. At that presentation in London those ideas resonated with a good number of people, and we did a bit of thinking about how we could make this a normal thing: how do we meet the requirements of downshifting our dependence on fossil fuels? If we get the engineers of the world to include this in how we go about doing our job, then there’s a chance we can do it.”

Transition Engineering advocates radical innovation and finding a different approach to problems, and this involves eliminating false solutions which distract from a better way of doing things. For example, a focus for Susan right now is the over-proliferation of cars in cities. This is one of the ‘wicked problems’ because there is already so much invested in the way things are, it is nearly impossible to change, and it is unsustainable. From a Transition Engineering perspective, a new approach is needed – one which removes previous unworkable proposed solutions such as biofuels, clears the way for fresh thinking, which in this case involves ‘adaptive capacity’, and poses the question ‘How much less fuel could be used without spending any money on anything?’ It is a question which every individual can answer.

The innovation to help find the answer comes in the form of a SIM game which taps into Google Maps, and through play individuals become familiar their weekly pattern of travel from home to work, to school, to shop and to take part in other activities. Once that pattern is revealed, the game then takes the car out of the equation. It can no longer be used, so what do they do? Do they simply stay at home, or do they find other ways of getting to places and doing the things they need to do?

This measure shows adaptive capacity as a function of the type of person, where they live, their access to other modes of transport, how far they are from services, and provides transition engineers with design information for what needs to be put in place so that adaptive capacity can increase. It also reveals who is at risk and which areas of the city are most at risk. The programme is called TACA Sim (Transport Adaptive Capacity Assessment) and even in its research stage was used by people all around the world. The next stage is to have it commercially developed.

While the information provided by the programme is certainly useful, it is still difficult to convince people who have cars that they could do without them. Susan explains:

People will do it if they are prompted i.e., if their car breaks down, but they can’t be guilted into it because of climate change. With the SIM game we also provide feedback about how much exercise they get by not using a car and how much money they are spending on having a car that is just sitting out there in the road most of the time. So, we might suggest people join a carshare group and when that happens in the game, we get the data we need for a carshare company to get financing to setup in the area.”

Much work for engineers

All this involves engineering and design but any talk about having less of something is generally met with resistance by those who produce that very thing. Daniel certainly found this out after writing a document called The Transport Hierarchy which is about designing a transport system with less vehicles. He was summoned to a meeting of the Society for Motor Manufacturers and Traders (SMMT), a very powerful trade association and lobby group funded by all the major car makers, where he was berated by the chief executive for coming up with a plan to make all engineers redundant. He explains:

This is a complete misunderstanding. The exciting bit is that as soon as you replace owned cars with shared cars every shared car can replace about 19 owned cars and save 19 car parking spaces. You can then redesign the actual vehicles. I worked with the very first carshare club in the UK in Bristol about how you would design the vehicle and it would be very different. So, for the engineers working in car companies there is a ton of work to be done. No-one is going to be unemployed, and it opens up the prospect of some really exciting re-engineering and redesign of all the products and services we are familiar with today, so they work in the future without the fossil energy.”

As part of her work with the Islands Centre for Net Zero in Stromness, Susan is currently working on a car problem with a school in Orkney about how to get to net zero in their trips to and from school.  The project involves looking back 100 years and forward 100 years to get a different perspective on time and to stimulate more imaginative thought around changing something when there might be considerable reluctance to implement that change.

Attendees at Transition Engineering events which are part of this year’s Orkney International Science Festival will also be encouraged to exercise and expand their thinking capacities. Daniel explains:

We will focus on getting people to think differently because that’s a core part of this process, being able to slough off thinking patterns that have been learned through years of experience and think in a different way intentionally. We are also thinking of having a walking workshop so you take people where they can physically and metaphorically have the cobwebs blown away from their brains. The aim will be to get them to think about some of the physical evidence in Orkney that shows how things have changed over time and start thinking about how these changes in the external environment influence what happens in the system so we will be looking at life in Orkney today, what has happened in the past to make it that way and what might happen in the future.”

Since the establishment of Transition Engineering’s professional body GATE in 2013 membership has steadily grown and includes not only engineers and scientists but ecologists, economists, sociologists and members across many disciplines who recognize the value of pooling their expertise to avert global ecological and societal catastrophe.

The professional standing and importance of Transition Engineering is increasingly being recognized at the highest level through continuous professional development (CPD) and university level course accreditation. A final year university elective which Susan has taught for twenty years and adapted for online teaching during Covid has now been microcredential accredited and is available through the University of Canterbury, New Zealand.

Transition Engineering is also being included in courses at the Universities of Grenoble and Bristol, in several places in America and also Nigeria. Susan’s book, Transition Engineering: Building a Sustainable Future published by Routledge in 2020, has been adopted over 150 times by university professors as a text book and from September this year there will be a masters and an online course in Transition Engineering available through Heriot-Watt University.

CPD courses range from one to five days and approval has recently been received for these to be accredited at all levels. This means that university courses which incorporate Transition Engineering such as the Master’s degree at Heriot-Watt will lead to full membership of GATE while a five-day CPD course will lead to associate membership.

These courses open up Transition Engineering to all disciplines and encourage cross fertilisation of thinking and innovation. As Daniel says:

Prof. Susan Krumdieck and Daniel Kenning will speak on Engineering the Future on Thursday 1 September in the Phoenix Cinema, Kirkwall, at 11.30 am.