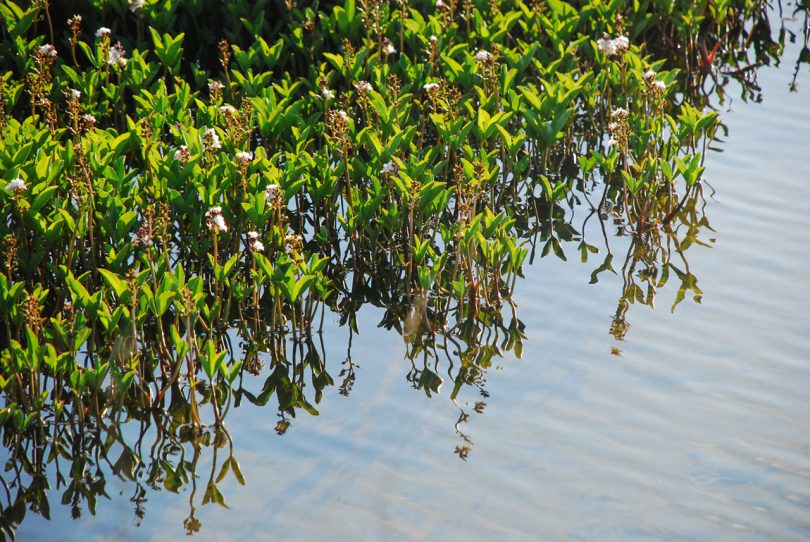 At the beginning of 2020, I decided to write down each day a different species that crossed my path – a species-of-the-day, or a year in 366 species if you like (it being a leap year). I wish I could claim some worthy motive, like finding a closer connection with the living world around me, but in truth I don’t really know why. Let’s just say that I wanted to, so I did. And New Year’s Day started with a good ’un: a dog otter, sporting in the surf near the Point of Ness in Stromness, the first that we’d seen in Orkney.

That otter broke our thirteen-year ‘duck,’ as it were, and we’ve since seen others round and about. But Otter has had its turn as species-of-the-day. It’s not always been easy to find new ones – going into work on a dreich January day, hardly seeing daylight, office-bound in the rain, what is there to see? Always something, as it turns out, even if one day it had to be the baby spinach in my lunchtime sandwich. After a brief hospital visit, I even had ‘human’; we’re all part of the same ‘Commonwealth of All Being’ on this planet, after all. And, of course, Coronavirus was another one, recorded on the day I left work to work at home for the duration.

One thing I noticed was that it is very difficult to put a name to everything, even the commonplace. Like grass. I can name a few of the commoner ones in the garden and countryside, like Cock’s Foot and Perennial Rye Grass, but most I cannot, especially in winter when they’re just leaves or straw. And there are plenty of other things, like the gnats seen dancing over the shrubs on a still winter’s day, that are the domain of specialists, and there’s no way I’m going to have the perseverance to find out their specific identity.

It might be said, what does the name matter? It’s only a label. But my response would be that identity is crucial to knowing. The name is also a gateway to a world of knowledge. Scientific knowledge for one thing, but at a more human level, a world of associations, and history, and a story of our relationship with a species – much more than ‘mere’ cataloguing.

Take Common Whitlowgrass, for example. There’s a patch of this on a scruffy bit of hard-standing near where we live. It’s a pretty, if rather inconspicuous little plant, a member of the cabbage family. I find it rather charming, and have been watching this patch for a few years since I first noticed it. I worried that it was becoming overwhelmed by mosses and grasses as a thin soil formed on the tarmac, but I finally spotted it again on 25th March, and it flowered nicely during April.

I had always found the name attractive, assuming that ‘Whitlow’ was a pleasant sort of place, perhaps where the plant was first noticed. Not so! Richard Mabey’s Flora Britannica tells me that it was considered to be a remedy for an affliction known as whitlows. I’m pleased to say that this is something I have never experienced, but a little further research reveals that whitlows – literally, ‘white flaws’ – are infected ends of fingers and toes. Presumably this would have been very familiar to those working on the land in days gone by.

I’m guessing that the association arises from the ‘doctrine of signatures’, whereby a plant’s appearance is supposed to signal God’s intention for our use. Really, this is just a theological appropriation of the much more ancient idea of sympathetic magic – like healing like. I can imagine that, to a slightly morbid eye, the unopened flower buds might seem to resemble pus-filled finger ends. Maybe it works. Nicholas Culpeper, in his great Complete Herbal of 1653, calls the plant ‘Nailwort’, saying that “it is held to be exceedingly good for those imposthumes in the joints, and under the nails, which they call Whitlows, Felons, Andicorns and Nail-wheals.” The Lord preserve us from imposthumes!

Growing near the Whitlowgrass patch are masses of Butterbur, a common sight on dampish road verges and soggy corners of Orkney. Again, a pretty name as well as an attractive plant, and this time the associations are prettier. I first noticed Butterbur in flower on 29th February, long before the leaves started to appear. As I write, in mid-April, the leaves are now very much in evidence, but have not yet grown to their full rhubarb-like summer magnificence. According to Flora Britannica, these huge leaves were used to wrap butter, keeping it cool in the days before refrigerators. Can anyone say whether this was ever a custom in Orkney? The scientific genus name, Petasites, is also appealing, again stemming from the leaves which are soft and velvety on their undersides; it derives from the Greek word Petasos, which is a kind of ancient Thessalonian sun hat made of felt.

Finally, another species of the spring – bumblebees are very much up and stirring. I first noticed – heard, in fact – a large queen prospecting for a nest site near the Butterburs on 30th March, but did not write it down as species-of-the-day until 14th April, when I could definitely identify a White-tailed Bumblebee.

No mystery in the name here – it’s a bumblebee with a white tail, though not the only one. Incidentally, one of the others is a species of cuckoo bee, which is an ‘inquiline’ of White-tailed Bumblebees, meaning that it’s a lodger in its nest. Actually, it’s more than a lodger – it contributes nothing, and allows its young to be brought up by its host, so it really is a kind of cuckoo. Cuckoo bees tend to resemble their hosts, for reasons which are not entirely clear.

But, what of the ‘bumble’? That’s a nice rotund sort of word for a nice rotund creature, but actually refers to the booming sound of its buzz – a similar word root to ‘bomb’. So, literally a booming bee. The scientific name, Bombuslucorum, contains the same word root, and my Latin dictionary tells me that lucus means wood or grove sacred to a deity. More prosaically, lucorum may simply mean ‘of the woods’ – but I’d like to think of the creature as the booming bee of the sacred grove.

Classical associations abound in species names, possibly because many of them were established in the days of the classically educated gentleman naturalist. Another example of this is Grass of Parnassus – I hoped that this would be species-of-the-day later in the year, when we’re allowed to roam more freely.

A last word on names: really, it’s wrong to say that there is any objective reality to concepts such as species, beyond labels for our convenience. Nature certainly sees no need to respect their boundaries (as demonstrated by the hybrid swarm of Primulas / Cowslips in our garden).

Two or more apparently different species can turn out to be examples of just one that is very variable in form.  Conversely, one named species often turns out to be several, similar-looking but genetically distinct entities.  So it is with the White-tailed Bumblebee, which turns out to be a complex of three different species, very hard to distinguish by sight.  And, even Common Whitlowgrass is considered by some to be a complex of several species.

These distinctions are no doubt useful for understanding and conserving our native species, but I think I’ll quit while I’m ahead in becoming acquainted with the life-forms around me.  And, I also think, who are we to laugh at the ancients who may, for example, have classified whales as fish.  Their taxonomy was based on likeness of kind, practically useful to them and of a different order to the modern concept of names rooted in evolutionary relationships – not wrong, just different.

So, where to next?  Maybe Parnassus, the mountain sacred to Apollo and the Muses, if The Fates allow….

Dr Mike Bell is a Research Fellow at Heriot-Watt University's Orkney campus. He is a marine and fisheries ecologist with particular research interests in inshore fishery sustainability and environmental interactions of marine renewables. Mike and his wife Bernie first came to Orkney on holiday twenty-two years ago, moved to the islands in 2006 and wouldn’t be anywhere else!