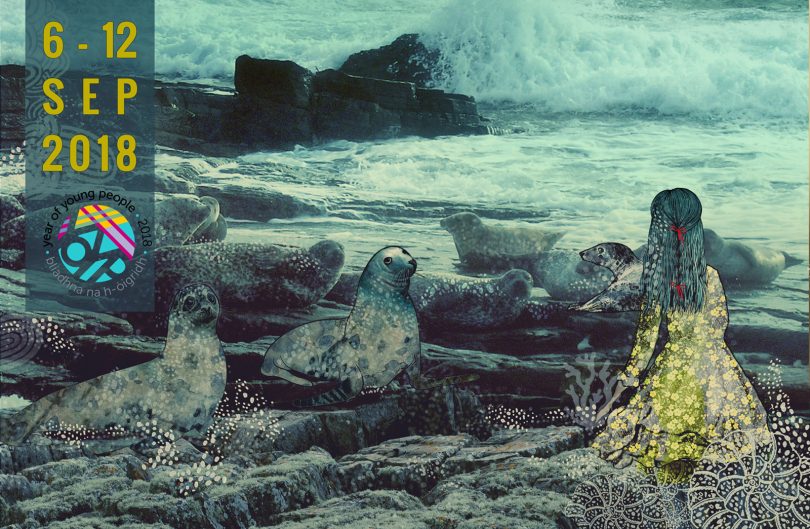 This year’s Festival programme, which takes place from 6-12 September, has been awarded £14,393 from the Year of Young People Event Fund, managed by EventScotland, part of VisitScotland’s Events Directorate. The funding is to give the programme an added freshness and originality with the participation of young people (aged up to 26) in a variety of ways.

The new look starts with the chairing and introducing of events, which this year will be carried out by a group of eight young people, some from Orkney and some from elsewhere in Scotland.

Training for the group will be provided by Kristin Linklater at Linklater Voice in Sandwick during the second week of July. Kristin Linklater’s teaching of voice production is world-renowned. Brought up in Orkney, she pursued a highly successful academic and theatrical career in the United States and Europe for fifty years and then moved back to Orkney in 2014 to set up a residential voice training centre that attracts people from many countries.

In addition to the group of chairpeople, further young people will have the opportunity in this year’s Science Festival to assist visiting speakers in a number of events.

The special events will include creative workshops to engage young people in reusing ordinary materials they encounter regularly. An upcycled fashion workshop will show ways in which stunning fashion items can be created from cast-away clothing or discarded fabric, to give them a new lease of life by upcycling them into something new and exciting. There will be an opportunity to learn techniques like shibori binding skills, 3D shibori on polyester fabric, and tie-dye.

The Year of Young People funding will also make possible several community concerts with a quartet of musicians from Ireland. The Irish singer/composer Lorcán Mac Mathúna creates musical works on a historical theme with community participation, and is collaborating with the Festival in the production of two music/dramas in this year’s programme.

One of the music/dramas will involve Orkney Children’s Theatre Club in the story of the battle of Clontarf in 1014, when a Norse army led by Earl Sigurd of Orkney with his raven banner fought the Irish high king Brian Boru outside the walls of Dublin. Details in ancient accounts were confirmed in the 19th century by a calculation of the tides on the day of the battle.

The Irish musicians will also collaborate in the production of a music/drama on the life of the Irish mathematician Sir William Rowan Hamilton, who reformulated Newton’s laws of motion in a remarkable way that looked almost a century ahead to modern quantum theory. Hamilton, who could speak ten languages by the age of 10, wrote poetry and was a friend of Wordsworth and Coleridge.

A further Festival production will look east to central Asia for the story of a medieval sultan who was also an astronomer and mathematician. Sultan Ulugh Beg built an observatory in the city of Samarkand whose influence spread westward. Its meridian line was so accurately positioned that 500 years later it was used to give a measure of continental drift. For this event, two young Uzbek television presenters will come to Orkney to take part, while Uzkek students will help to provide additional information and photos, in a link between past and present.

Festival director Howie Firth said this week that the Year of Young People was a unique opportunity for the Festival.

Every festival needs to look to the future and bring in young people, and the Year of Young People event funding has made it possible for us to do this in a whole variety of ways. It’s an opportunity to bring in fresh faces and new ideas, and we’re delighted by the response we’ve been getting. We’ll be announcing fuller details of these various events and of the full programme in the near future.”

We are delighted to be supporting the Orkney International Science Festival as part of the Year of Young People celebrations. OISF is a wonderful opportunity for young people to get hands-on experience, all the while participating in a fun event within their local community. Young people are bringing a new perspective to the festival evidenced by a fantastic programme of activity, further reinforcing Scotland as the perfect stage for events.”

The full Festival programme, with more than 70 events, will be announced in mid-June.