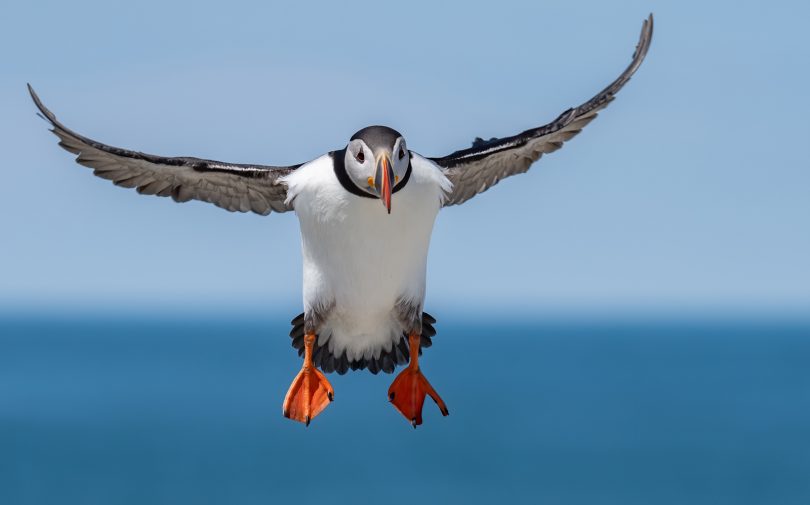 Over a thousand people voted through the month of August for their ‘favourite five’, starting from the time of the County Show, and SNH announced the results at the Science Festival, and organised a bus tour to see the Big 5 and other species on the way.

The results were quite close to SNH’s own top five, which also included Hen Harrier, Primula Scotica, Curlew and Seal, but with the Fulmar rather than the Puffin.

Amongst the votes from younger people (under-18), the Seals were also top, with the Orca taking second place ahead of the Puffin, and then the Short-eared Owl and the Otter. 341 young people voted.

The range of species mentioned was very varied and diverse. No less than 123 species received a vote. They included Skylark and Kestrel, Limpet and Hermit Crab, Birdsfoot Trefoil and Primrose, and the Great Yellow Bumblebee and the Green Tiger Beetle.

Christine Skene has been involved in wildlife and conservation work in Orkney for many years, working for Orkney Islands Council and latterly for Scottish Natural Heritage.