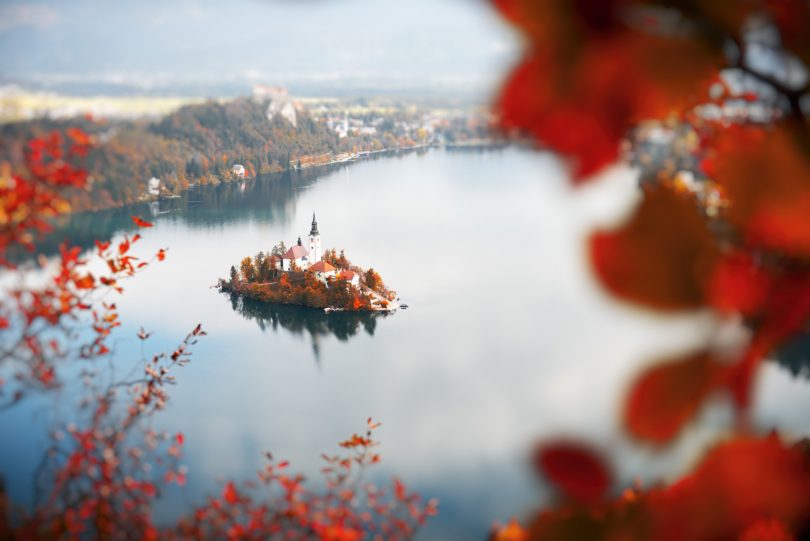 There have been speakers on subjects from physics and geology to history and poetry. There have been art exhibitions and concerts of music and evenings of storytelling, joint projects under European programmes, lifelong friendships and collaborations in art and science and education, tastings of Slovenian wine and nosings of Scotch whisky, study visits of young researchers and business links between groups.

And now we are in the 25th anniversary year of the collaboration, highlighted in this year’s Orkney International Science Festival programme.

The Festival had a joint Orkney-Slovenian opening, featuring two young people at the start of their careers. Dr Gavin Woodbridge from North Ronaldsay graduated this year in medicine from the University of Edinburgh. Dr Zarja Muršič is a science journalist in Slovenia who is a member of Slovenia’s Covid-19 Tracking Group and teaches cognitive science at the University of Ljubljana.

There was also an interview with physicists Gorazd Lampič and Andrej Detela, co-founders of the highly innovative Slovenian company Elaphe, world leaders in the field of in-wheel motors for electric vehicles. The story of Elaphe is also featured here in Frontiers magazine.

Andrej also spoke about the concept of syntropy, a way in which ideas of life, order and diversity can be brought into physics.

The Festival indeed has a Slovenian element at its core, with all its artwork and design looked after since 2007 by visual artist Selena S Kuzman, a Slovenian living in Scotland. Over the years she has been responsible for the design of the Festival’s website and online magazine, photography and filmmaking, booklets and CDs and a wide range of merchandise, and also projects and workshops on upcycling. This year’s programme included a new short performance film about the sea and its transformations which she made for the current Year of Coasts and Waters in Scotland. The costume featured was specially created from pre-loved and discarded material.

Another Slovenian living in Scotland, Dr Matjaž Vidmar, is a member of the Festival’s team of presenters, and this year he hosted a range of events online, including the closing ceilidh. He also joined Dr Edvard Kobal to tell the story of a remarkable lady whose life linked Orkney and Slovenia, where a century ago she took up a lecturing post at the new University of Ljubljana. This was Fanny Copeland who translated Slovenian authors and promoted Slovenia’s mountains. The 150th anniversary of her birth next year will be an opportunity for more Scottish-Slovenian activity.

Matjaž hosted an event on the closing day in which Dr Edvard Kobal, today president of the Slovenian Science Foundation, was presented with something special to mark the 25th anniversary of the collaboration – a tune specially composed and played for him by the Orkney traditional violin-player Jennifer Wrigley.

All these events can be freely accessed on YouTube, along with the rest of the Festival.