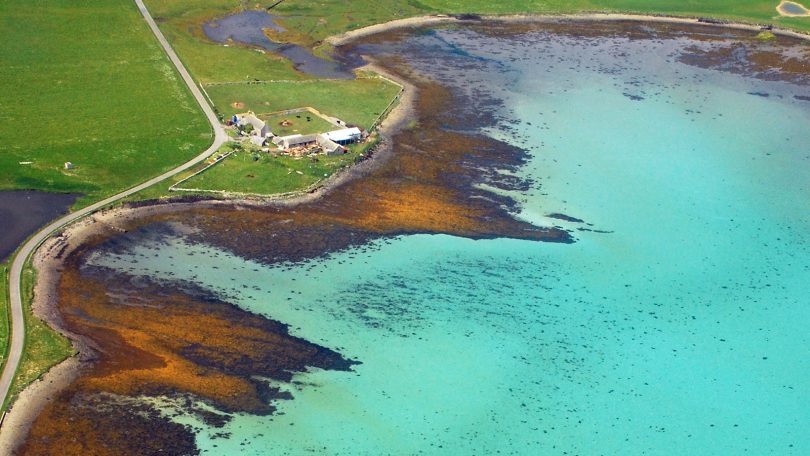 It is particularly important when depth is an issue for divers. Nowadays ROVs are deployed extensively by oil companies and underwater archaeologists. ROVs can be deployed on land in hazardous situations for humans such as bomb disposal, extraction of hazardous waste but even here other disciplines such as archaeology have used them to explore tiny tunnels in pyramids, and biologists have used them to explore complex cave systems.

Yet in the summer of 2017 I witnessed an aerial drone making a detailed aerial survey of the exterior condition of a large historic castle in England. In minutes it provided what would have taken days and the vast expense of scaffolding.

In Sudan a similar drone is being used to build a picture of desertification as huge dunes threaten to engulf the date palms of local farmers on the edge of the desert.

Drones come equipped with more than video cameras these days. Forestry officers use them to identify dieback using colour filters. With accurate GPS co-ordinates the sick trees can be pinpointed and then removed. In the Blue Mountains of southern Australia, when forest fires are brought under control a few trees are still smouldering within their trunks; a drone equipped with infra-red sensors can pick them out and firefighters can go in to eliminate the threat of a flare-up.

Increasingly with improvements in strength, drones can carry small loads. Coastguards in Australia, aware that two boys were being swept away by rip tides, sent out their drone and dropped an inflatable lifesaver so they could cling on until help reached them.

Many scientists are using drones: archaeologists, ecologists, geologists, agronomists – but they are also useful in disaster relief. A drone can give authorities and experts a rapid overview of a disaster area more cost effectively than hiring scarce helicopter time or aircraft overfly. Because of this some emergency services are equipping themselves with drones.

All of these systems are expanding the reach of human ability.

With global warming new challenges are being posed for the human race. In the last nine months the Caribbean was struck by three large hurricanes in succession, devastating islands such as Dominica, where whole townships were flattened and local infrastructure dislocated.

At Christmas time in Devon I met a mother and two daughters who had come to the UK from the British Virgin Islands because the shop and home they owned had been destroyed by Hurricane Irma.

Even here in Orkney over the winter period we have seen a march of storms, each causing disruption and some damage; Storm Caroline in particular sticks in the memory as the morning of when it struck I crossed the Pentland Firth in ‘Round the Horn’ seas only to find, when docked, that no further progress could be made; the crash barriers had been ripped away by the sea on both side of Barrier Two.

We have a large coastline, much of it exposed to erosion by the sea. In some areas such as St Margaret’s Hope, Kirkwall and Stromness there have been storm consequences, but in other, less newsworthy, areas damage from storms is also occurring. It is here that drones could be applied to quickly assess damage after a big storm so that remedial action is evidence-based and effective, and from this evidence long-term planning could be enhanced.