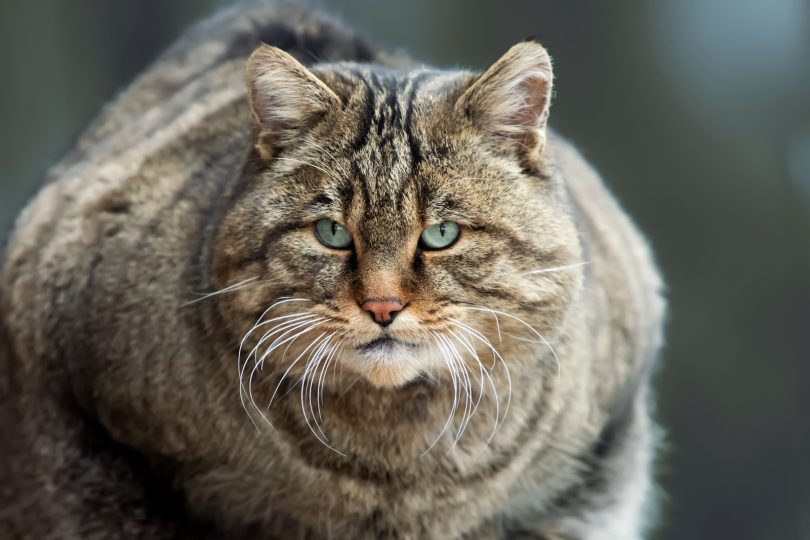 I came to live on the west coast of Harris in the western isles in summer 2011, on 9 hectares of bare land with a stone ruin. The first week I was here, I saw a basking shark. Four years ago, as I was walking across a slope on our croft with a bag of phosphate to feed some trees we’d planted there, a white tailed eagle sailed out of a ledge in a crag about ten metres ahead of me.

Yet I learned I would not see a wildcat on this island, or a pine marten, or badger, or fox. The apex land mammal predator on Lewis & Harris is the pygmy shrew, a tiny insectivore who must eat every two hours, having one of the fastest metabolisms on the planet.

I have been assured many times from many official sources that wildcat, pine marten and badger are not, never were and out of respect for the integrity of the island’s native ecosystem never will be native here. The logic behind that certainty is that by the time the Ice Age had finished with the island, the sea had risen around a barren rock devoid of mammal life, apart from the one official native land mammal, the otter. Any land mammals here can only have been brought over water by people.

I’m the gardener at Amhuinnsuidhe castle near here, where I see the potential for forest on this island when we add back the two things of which the island is notoriously devoid, shelter and soil nutrient.

However it got here, there was once forest across much of this island, attested by pollen cored out of peat moors and loch beds. The oldest tree pollen so far found, in the bed of Loch a’Phuinnnd on North Uist, is estimated over 12,000 years old. The vanished forest is also in the common knowledge of older islanders still in touch with an oral culture Alistair Carmichael reckoned had stood comparison with the myths of Ancient Greece, based on his notes from oral testimony taken around 1870 as he compiled the Carmina Gadelica out of the fragments which had survived the islands’ religious cleansing.

A friend has told me while cutting peats at Bogha Glas, on the border of Lewis & Harris, two islands divided by a single landmass, he has smelled the fragrance of pine, and found lumps of pine down in the peat. I’ve cut peats here and on the west mainland coast south of Ullapool, and in both places found a layer around 120 cm deep, almost a woven mat, of fragments of birch, the bark so well preserved you can see what it was.

Even after a century or more of virtual treelessness, still here if you look you can see a tree or two on little ledges out of reach of the endless nibble, on islets on lochs covered in a bonsai native forest, where they have not been overwhelmed by rhododendrons, on bare grazed sea-lashed hillsides, a solitary juniper. Someone on Harris once told me she found a hazelnut in her peats.

Bones of wildcat, pine marten and badger have been found among the few prehistoric remains ever discovered in the western isles. But they’re not native, even though it appears there was a forest for them to live in. I have read in an official document that people in the Mesolithic era were keen on pine marten fur, so must have ferried them over to farm them for their fur. That is a remarkable insight into Mesolithic fashion sense. We have never seen a scrap of their clothing, nor even their bones anywhere near the Western Isles. We know they were here ~ a bone midden has been found at Toe Head on Harris in near continuous use for thousands of years, and excavated down to a level dated 8,500 – 9,000 years old.

The lowest levels at Toe Head contain hare bones, so maybe they were farming them too. I don’t think so. Lepus timidus lives today in the high Cairngorms, nibbling on heather, turning the colour of snow in winter. They could live far in the north of Ice Age Europe, beyond the reach of badgers or pine martens, in the tundra near the cliffs of crumbling Ice. Around 2,000 years passed here  between the retreat of the Ice and the rising ocean surrounding one vast Western Isle. It seems strange to me to assert that no hares could have been marooned here.

Where there were hares, it’s also strange to assert there could definitely have been no wildcats.

In 1850 this island belonged to two men. One owned Lewis. One owned Harris. The owner of Lewis carved off some big chunks of his property to create shooting estates for rent to Victorian lovers of the hunt, and soon, where it was found villages on these estates spoiled the melancholy grandeur of the expeditions, the villagers were evicted en masse.

So a lot of cats were probably left to fend for themselves in the displacements and emigrations of that time, and if there were wildcats on the island there would have been interbreeding and maybe dilution of the island wildcat. I guess.

We don’t know. The gamekeepers these estates employed killed rival predators aka vermin, and on Lewis and Harris did not distinguish in their vermin records what kind of cats they killed. All we know, from vermin records which were far from comprehensive, is that hundreds of cats and pine martens were killed, the last pine marten recorded in 1875.

So it’s a bit of a stretch to state as known fact beyond argument the wildcat was not native here.

It’s also a stretch to assert native ecological integrity. Another thing that happened to the island at the same time as the shooting estates were wiping out the island’s land predators was the arrival of rats and rabbits. Neither appear to have been here before 1850.

The present population boom is getting surreal. We play football here in summer, when it’s easier to keep the ball on the island. In summer 2015 a game at Ness in the north of Lewis was abandoned when a goalmouth collapsed into the rabbit city below.

The rats are getting bigger.

American mink were introduced in the 20th century when some genius started a fur farm outside Stornoway, and another genius let them out. The mink committed a fatal error when they took to scuffing up gravel beds in pools in rivers, letting the salmon eggs drift out to be scooped up. At the height of the lethal trapping campaign they were getting over 500 mink a year ; eventually it was down to dozens, and the mink was declared “functionally extinct” in the western isles, a phrase more recently applied to the free living wildcat in Scotland. When I came to live here, all the local people I met told me the elimination of the mink had coincided with an explosion of rats and rabbits.

One of the first things that made me doubt the certainty of the official version is my greatest ally in Amhuinnsuidhe castle garden, who makes sure whole years go by when I never see a slug. It’s the slow worm. I took this picture at Amhuinnsuidhe in summer 2015. They live across Lewis & Harris.

Below, aspen on a ledge below the Bridge to Nowhere, up the coast of Lewis north of Stornoway. It is a rare event in the central highlands of Scotland when aspen make viable seeds. It seems to take two consecutive unusually warm summers. It happened in Perthshire in 1998, and I hear it might be happening this year. I don’t know when aspen last seeded in the west. Here and there on Lewis & Harris you can see a stand of aspen in a place like this, all connected underground by runner roots out of which new trees spring up, all collecting nutrient from the soil and sharing it through the whole group. A stand of aspen can survive a long time in nutrient starved exposed ground ; a solitary aspen growing from a seed would struggle to get going in such poor soil.

When the seed blew in that got this stand started is anyone’s guess ~ the last time the climate was warm enough for aspen to seed in the west was maybe 5,000 years ago or more, when woodland grew here and the soil was fertile. There is another aspen stand on another ledge about a mile away up the Road to Nowhere. No other tree grows anywhere near here.