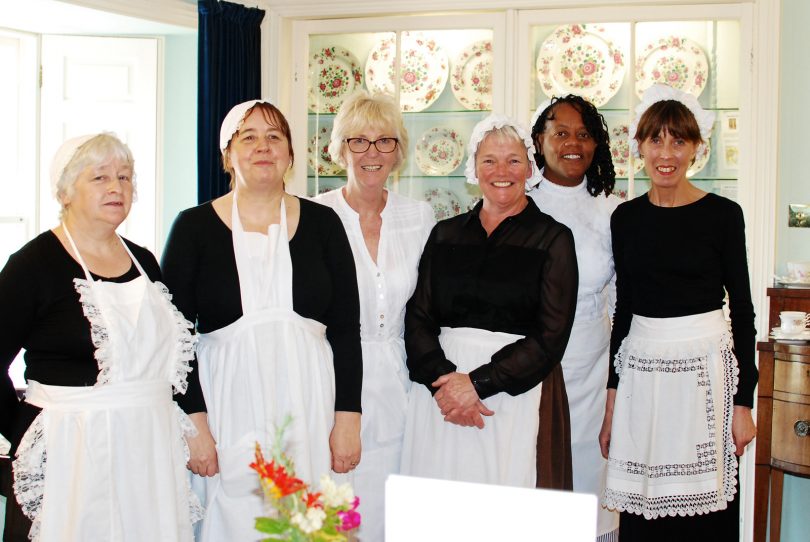 The tablecloth that accompanied a Moorish-themed tea following a talk on Washington Irving, itself had a story. Irving, who wrote of Rip Van Winkle and of the Legend of Sleepy Hollow, came from an Orkney family: his parents left the farm of Quholm in Shapinsay to settle in Manhattan, where he was born in 1783.

Several decades later, a Kirkwall man lived in a large house in Albert Street in Kirkwall, and his name was Thomas Warren, my great-great-grandfather. He owned the dairy farm of Warrenfield which supplied Kirkwall and the surrounding area. He and his wife Isabella and their daughter Jane were very active in the community.

Where else could it go but back to its Orkney home? Covering the banquet table at Skaill House is, I think, a fitting return to ‘active service’.

Set out on the tablecloth for the afternoon tea were a range of Moorish-themed delicacies, each made with Orkney ingredients in a style that might have suited the tables of long-ago Granada. Amongst them were Alhambra Moorish Spiced Apple Cakes and Mackerel Tarator.

Grind in a food processor till smooth.