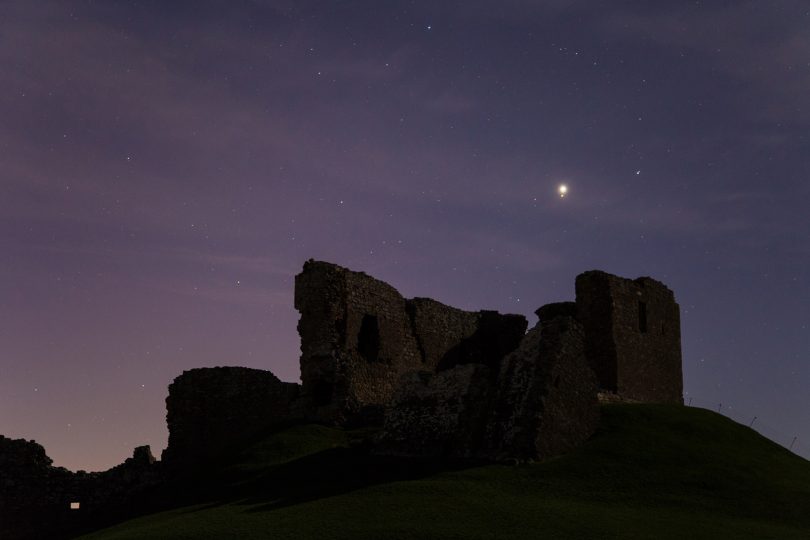 His first digital SLR camera was a Canon EOS 300D. “I was able to mount that on a tripod and take longer time exposures of the Northern Lights.

Gradually, over the years I’ve built up my camera and telescope equipment. The equatorial mount I got for my telescope enabled me to track astronomical objects and take much longer time exposures without ‘trailing stars’.”

I started using image processing software in earnest around ten years ago. It was a science event called Going Nova, and Bill Leslie had set up a link to give access to the Faulkes Telescope in Hawaii so that we could capture images of deep sky objects from that location. Bill, myself and a few some others had a go at processing the data to produce full colour images of the objects Bill had carefully selected. I learned a lot about image processing in those early days.

Image processing makes a huge difference to the quality of the final image. With the digital camera you don’t get the best night sky image ‘straight out of the box’: you do need to process it in order to bring out the colours and improve the contrast.”

Also for deep-sky objects, where the image is quite faint, you boost the signal and reduce the noise by taking several images and stacking them. So you go from a single image, which can be fairly grainy and with poor contrast, to a much better-quality image with beautiful, deep colours and very good contrast.”

Comets and meteors and the Northern Lights

I like to photograph transitory astronomical events – such as comets, meteor showers, and eclipses: and also, of course, the Northern Lights, where each display is different from the previous one and you never really know what you’re going to get.

I used to photograph deep-sky objects from Elgin but, since 2014, I’ve been using remotely-accessed telescopes in Australia and America. Most of my deep-sky imaging nowadays is done using these remote telescopes.”

Alan regularly has images published in the British magazine Astronomy Now and had images short-listed in the 2016 and 2017 Insight Astronomy Photographer of the Year competitions.