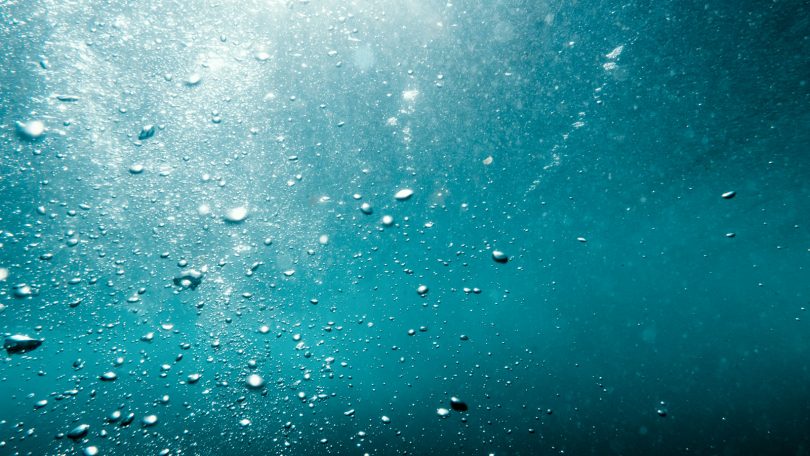 As human beings we live at the bottom of a sea of air. This sea is relatively shallow as about three-quarters of the air mass lies within a distance of 11 kilometres from the earth’s surface.

The pressure at the bottom of this sea of air however is extremely high, about 100,000 Pascals (a Pascal is the unit of pressure). We don’t however feel this as our bodies are completely surrounded by air. To put this pressure into perspective, it is equivalent to the increase of pressure a diver in the sea experiences at a depth of about 10 metres.

The pressure fluctuations that we call sound come in the form of waves of different frequency. The lowest frequency we can hear is about 20 Hertz (20 vibrations per second) and the highest frequency is about 20,000Hz.

Unlike waves we see on the surface of the deep ocean, sound waves are non-dispersive. In other words, all wavelengths travel at the same speed; about 330 metres per second in air.

Sounds can be measured with a microphone which, like the ear, responds to pressure fluctuations. There are many different types, all having different directional characteristics, but the most common are the condenser microphone and the dynamic microphone.

The loudness of a sound is measured by its sound pressure level in decibels. This can be measured with a sound level meter which has been calibrated against a standard sound.

The threshold of hearing is about 0dB.

Sounds from most musical instruments have a definite pitch. The pressure fluctuations that the instruments produce are in the form of a complex but cyclical wave which can be decomposed into components known as harmonics.

For example, the sound wave from a musical instrument might repeat itself 1,000 times a second corresponding to a pitch of about C two octaves above middle C on the piano.

This complex wave can be decomposed into pure sinusoidal waves of frequency 1,000Hz, 2,000Hz, 3000Hz and so on, referred to as the fundamental, second harmonic, third harmonic and so on.

In fact any cyclical wave can be decomposed into a set of harmonics which are integer multiples of the fundamental – a process known as Fourier decomposition.

The sound from the violin comes from the vibration of a string which produces a complete set of harmonics. The saxophone, flute and clarinet on the other hand are wind instruments which generate their sounds from the resonances of the air inside them.

Instruments like the piano produce a set of resonant frequencies that are very close to true harmonics; in fact just a little sharper. In this case the amount of inharmonicity is reflected in the quality of the sound.

When we speak or sing, the sound is produced by the vibration of the vocal folds. Air from the lungs passes past the vocal folds and through the vocal tract which has a filtering effect on the sound.

Rather like the clarinet, the vocal tract is akin to a cylindrical tube closed at one end. Sounds which lie close to a resonance of this tube are accentuated whilst those with frequencies far from a resonance are suppressed. This leads to concentrations of acoustic energy around certain frequencies known as formants.

The formants can be altered by changing the mouth opening and the position of the tongue. Formant frequencies are highest for young children and lowest for mature males.

If you are close to the speaker, you are hearing more direct sound and this will be very clear. If you are standing far away, for example near the back of a concert hall, you will be hearing mostly the multiple reflections which all arrive at different times so the sound is less clear and more diffuse.

At a certain distance from the sound source the direct and reverberant sound levels will be equal; this is known as room radius and is typically about 2 or 3 metres.

Arguably the most important quantitative characteristic of a space is the reverberation time.  The concept of reverberation time was introduced by Wallace Sabine. He defined it as the time for the sound level of an impulse in a room to fall by 60dB – that is, by a factor of one part in a million. It is dependent on the volume of the room and the total sound absorption.

Soft surfaces such as carpets and ceiling tiles generally have a high absorption whereas hard surfaces such as stone walls, have low absorption. However, the amount of absorption is dependent on the frequency of the sound. Concert halls with good acoustic characteristics, such as the Waterfront in Belfast, have their seats designed so that their absorption does not change significantly when it is filled or vacant.

Air absorbs sound. It absorbs high frequencies more quickly than low frequencies, hence a thunderclap sounds like a low rumble at a long distance from the source.

Laboratory testing in acoustics is normally done in either an anechoic chamber or reverberation chamber.

In an anechoic chamber the walls and ceiling are covered with sound-absorbing wedges to eliminate reflections thus virtually eliminating the reverberant sound field. In this case the direct sound from the source is dominant.

In a reverberation chamber, on the other hand, the walls are hard plastered to reflect as much sound as possible so the reverberant sound field dominates over the direct sound.

You can hear the difference between the two types of acoustic space in this video.

Noise is generally un-pitched or has a wide range of frequency components making the pitch ill-defined.

There are analogies between the visual spectrum of colours and the sound spectrum. White noise has an essentially flat spectrum of frequency components corresponding to the concept of white light.

The analogy even follows through to colours in the mid frequency range. For example yellow noise is band-pass limited around about 3,000Hz.

Environmental noise is normally considered to be unwanted sound and is often un-pitched. It may also hide pitched sounds, for example, the noise generated by a wind turbine can have a well-defined pitch superimposed on a broad-band noise background.

The horizontal placing of the ears on humans maximises the ability to localise the position of sounds in the horizontal plane, rather than from above or below. This matches the terrain-based environment in which humans live.

Some animals are different, for example the ears on a barn owl are of different size and placed at different heights, enhancing its capability to localise sounds in the vertical.

Rayleigh found that for low frequencies (less than 1500 Hz) the brain primarily uses interaural time differences to localize the sound. This is because at low frequencies the head diffracts (bends) the sound waves so that even if the sound is coming from the right or left both ears hear approximately the same sound intensity.

At higher frequencies the brain primarily uses the intensity differences between the two ears to localize the direction.

Recording the sound as we hear it

With the advent of iPhones and other portable sound generating devices using earphones, binaural sound recording techniques are increasingly being used. Miniature microphones are placed in the ears so that when the recorded sounds are replayed through headphones the listener gets a very realistic reproduction of the actual sound.

For recording in concert halls, a dummy head is often used rather than having the microphones inserted into the ears of an actual person.

In water the speed of sound is much higher than in air, about 1,500 metres per second, and so for a given frequency the wavelengths are much longer.

Sounds in the ocean are generated by a wide range of natural sources such as rain falling onto the surface, breaking waves, sea ice and sounds from marine life.

In recent years there has also been an increasing amount of sound introduced by shipping and general industrial activity, such as the construction of offshore installations.

Many of the sounds in the ocean are created by bubbles. For example rain on the surface and breaking waves entrains air in the form of bubbles but also rotating propellers or other underwater machinery often generate them.

Bubbles of different size have their own characteristic resonant frequency with small bubbles being associated with high pitched sounds and large ones with low frequency sounds. This can be demonstrated in a tank of water.

Dr Marianne Greated is Lecturer in Painting and Printmaking at the Glasgow School of Art where her research focuses on painting in an expanded field, the panorama, sound and vision, the landscape and representations of sustainability. She has published in the areas of sound and vision, painting and colour and collaborated on environmental projects relating to sound in the environment, the coast and renewable power. Her work has been shown extensively including solo exhibitions in Denmark, Greece, Belarus, India, and across the UK.